The wait was interminable and you could cut the negative energy at Go Go Gyro with a kopis. It took me five minutes just to get someone to take my order and I was first in line. After I ordered one customer complained that she just wanted some baklava, which was already made, yet the woman behind the counter took orders from three more customers. "OK, I'll be with you", she said, "just let me help the people behind you". "No, I'm not waiting any longer", was the response. "Give me what I ordered right now." The customer had a point. 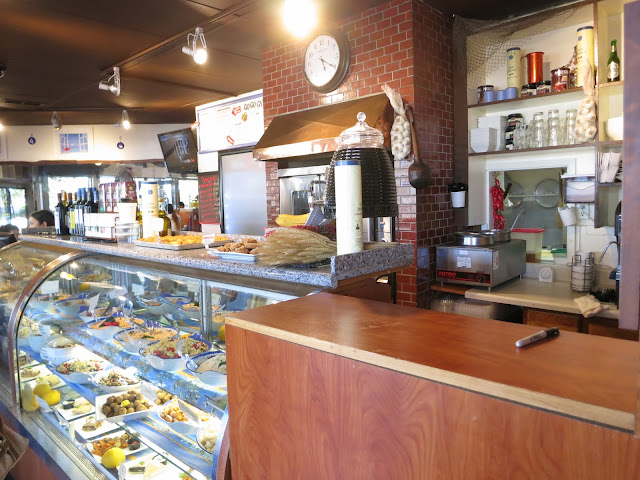 The drama didn't even end there. Yet another customer complained that an order was placed half an hour earlier, yet her food wasn't ready. 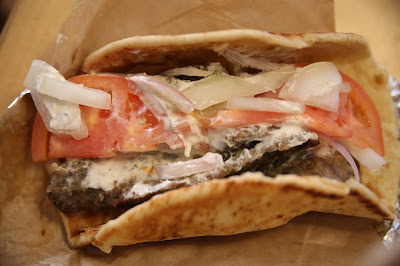 Things got off to a slow start, as they say, and it was hard for Go Go to recover. From placing the order to walking out with the food took nearly 25 minutes. It would take one amazing gyro tonight to ever bring me back. Although it was good, the gyro wasn't amazing. I got the chicken, which was on the dry side. It tasted like tuna, in fact. Jenny got the beef and lamb gyro, which I finished. I liked it, but Jenny thought it salty. 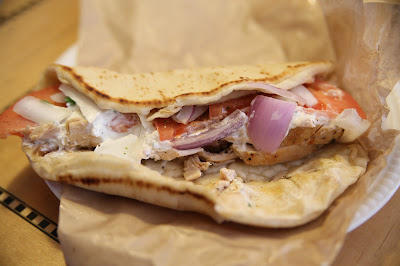 In an irony of all ironies, Go Go Gyro's slogan is, "Real Greek, Real Fast". But with service like tonight's Go Go really opened itself to ridicule. Slow Slow Gyro would be more appropriate, but maybe a little too easy. How about Godot Gyro? 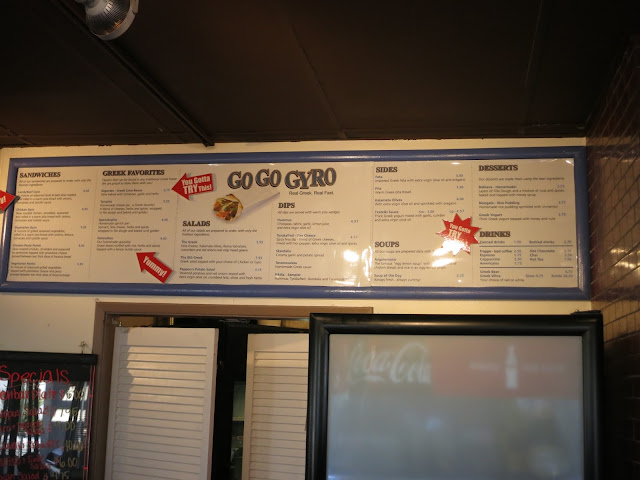 I bought the food using a Groupon. I've used them many times at other places, but was never charged tax. Until now. I forked over the money. Hey, by then I was just happy to get my order in.