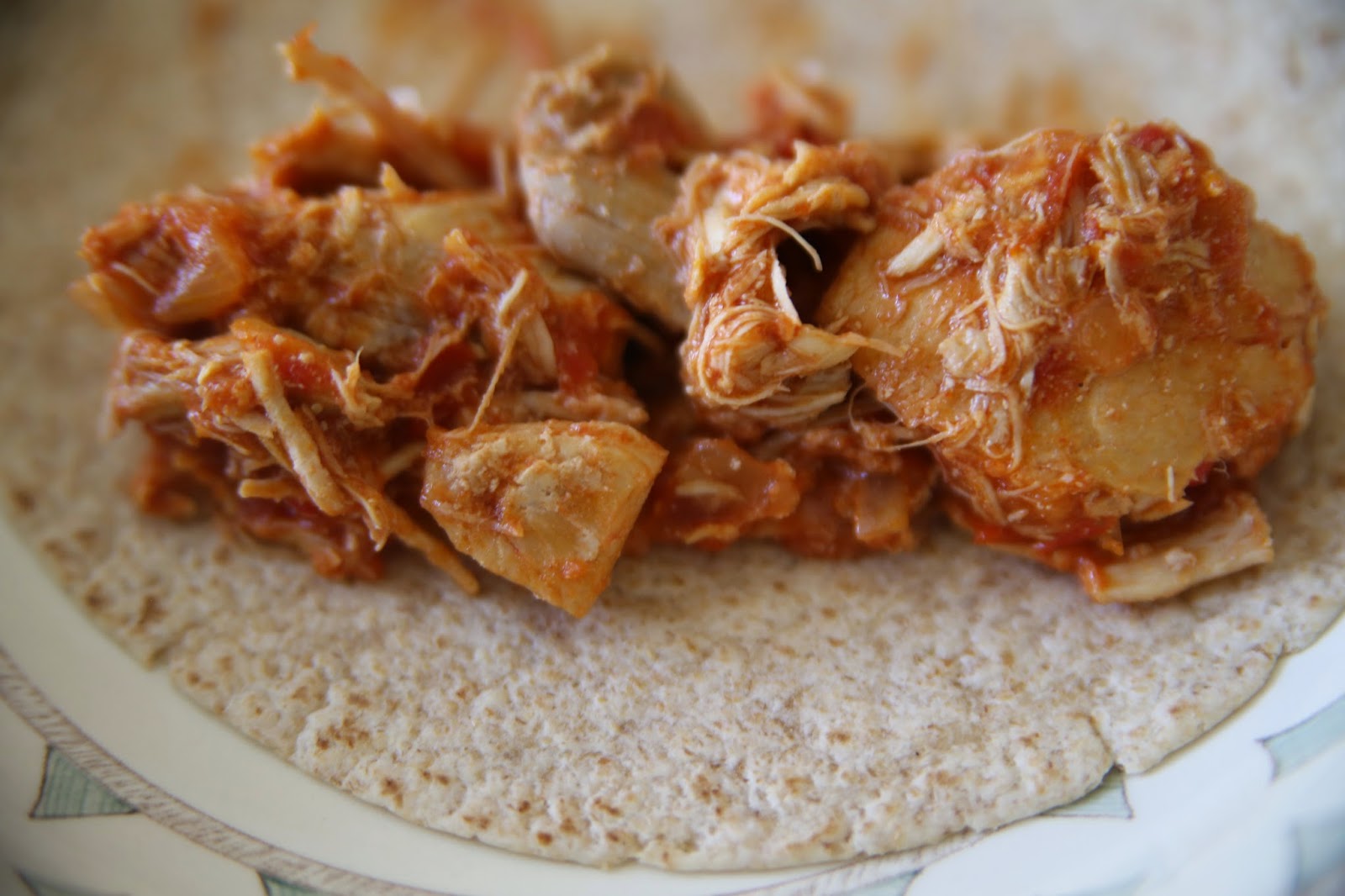 We had the Chipotle Chicken Tinga by Del Real Foods for lunch Sunday. It was a part of the Summer Party in a Box provided gratis by Del Real Foods. All four of us enjoyed it and wished we could have had more. The dish is made with white meat, yet Del Real managed to make it tender. 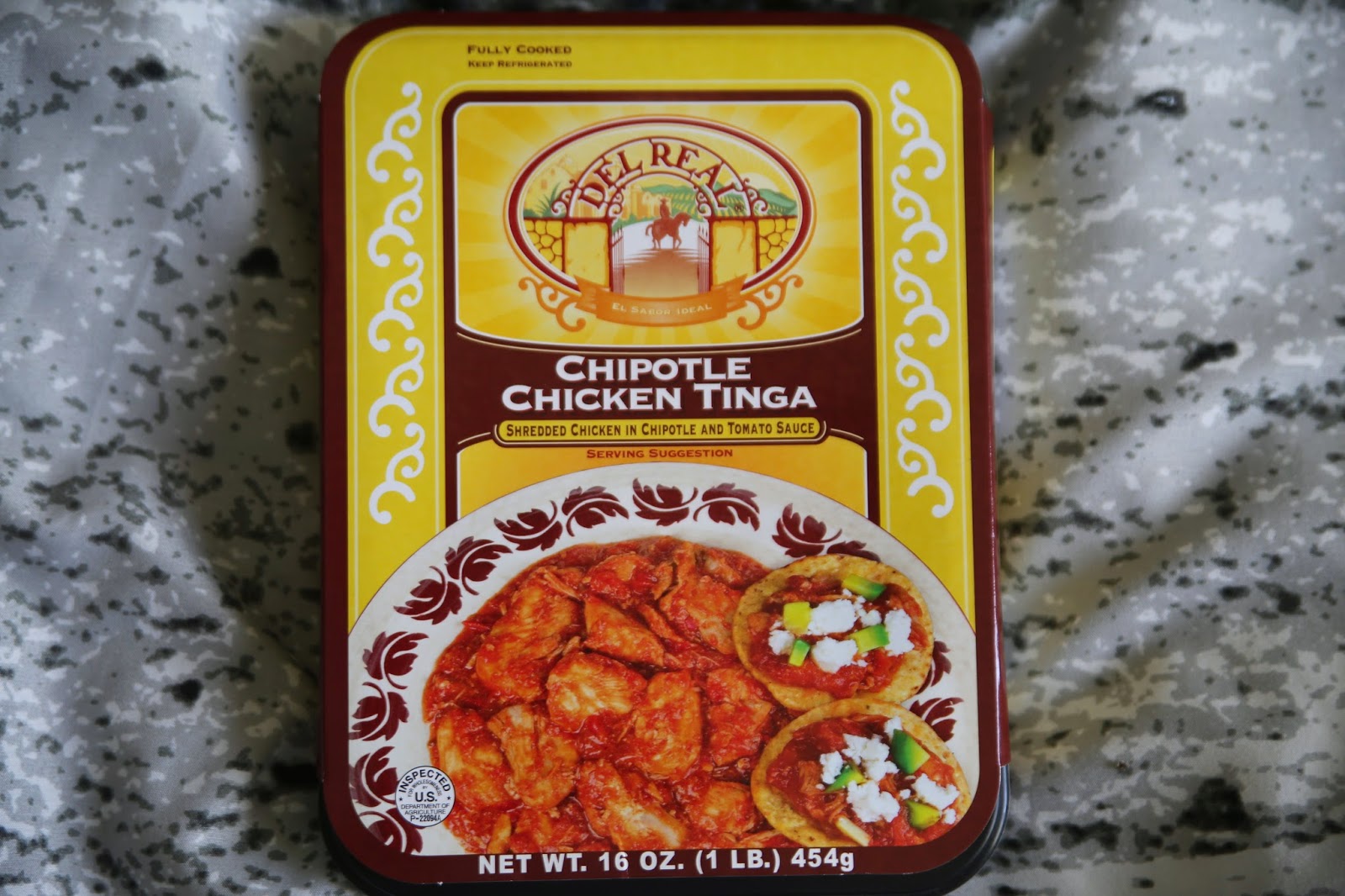 Also, the sauce was perfect for our family. It was flavorful and spicy enough to be interesting--delicious even--but not too hot for the nine-year-old boys. 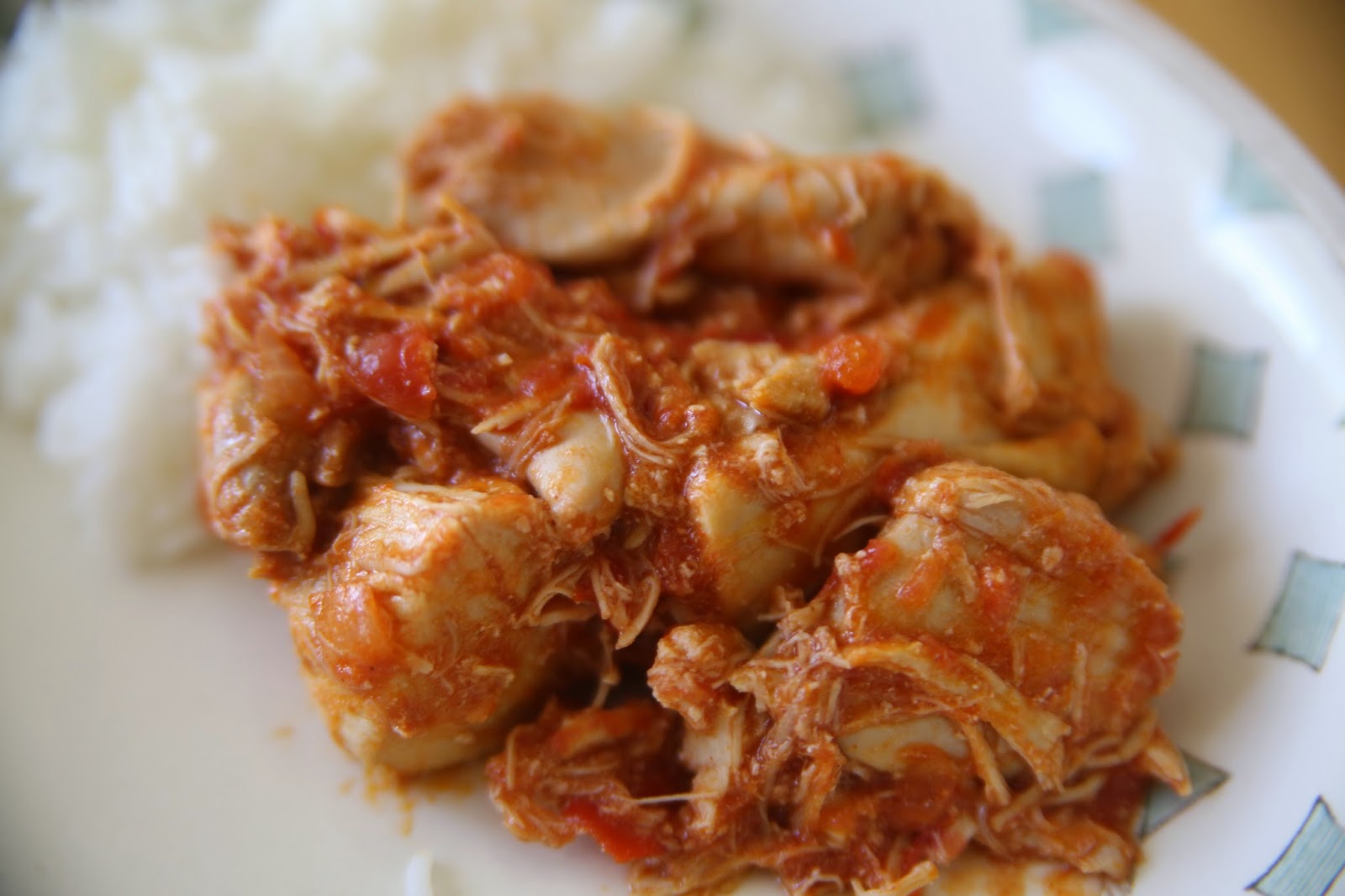 As I mentioned in an earlier posting, Del Real's carnitas continues to have a hold over us for its flavor, value and ease of preparation. By those measures, however, I'd say their Chipotle Chicken Tinga is equally satisfying. 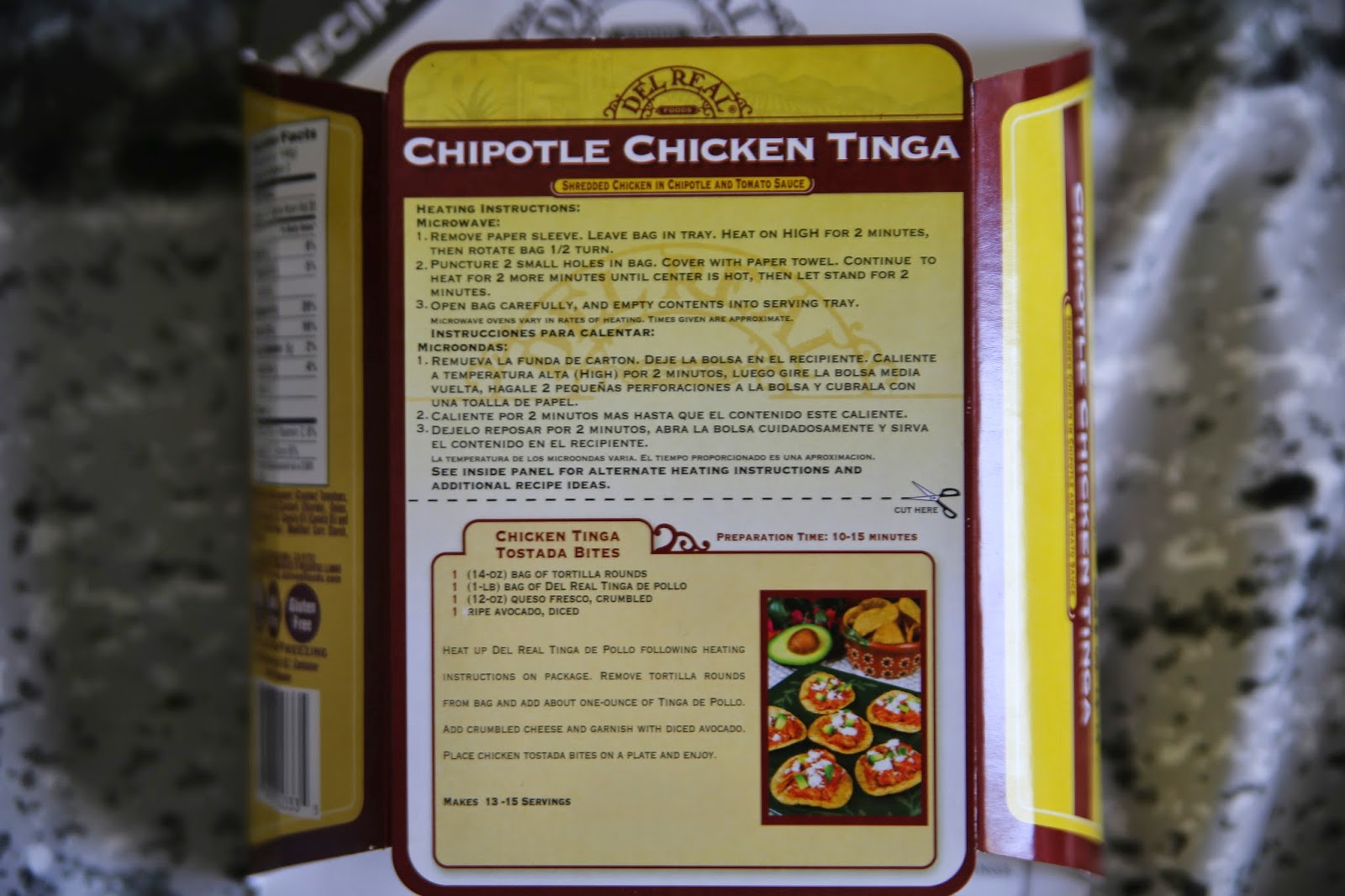 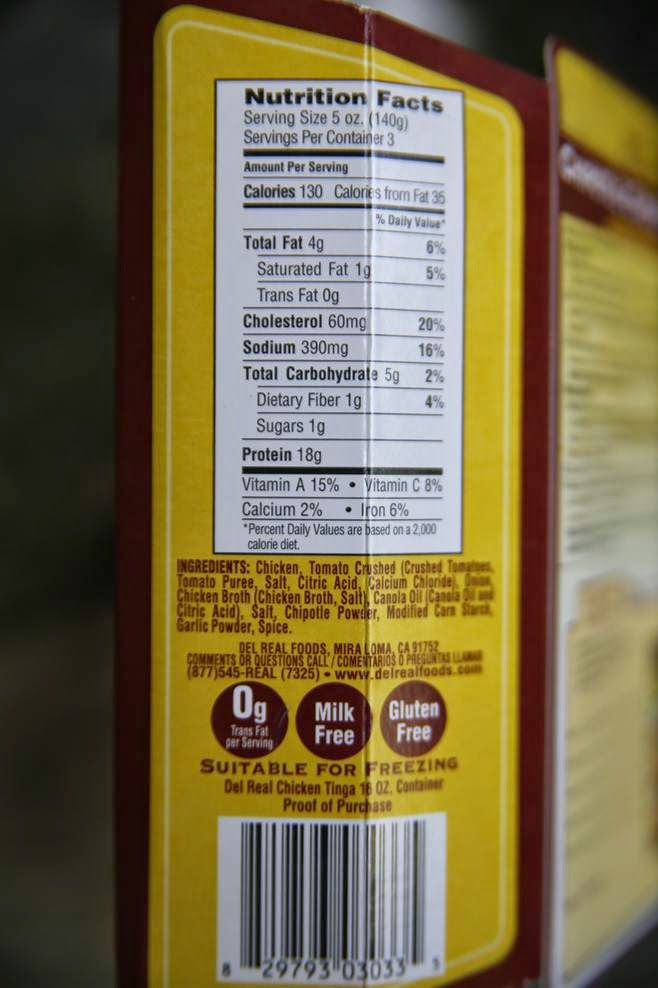 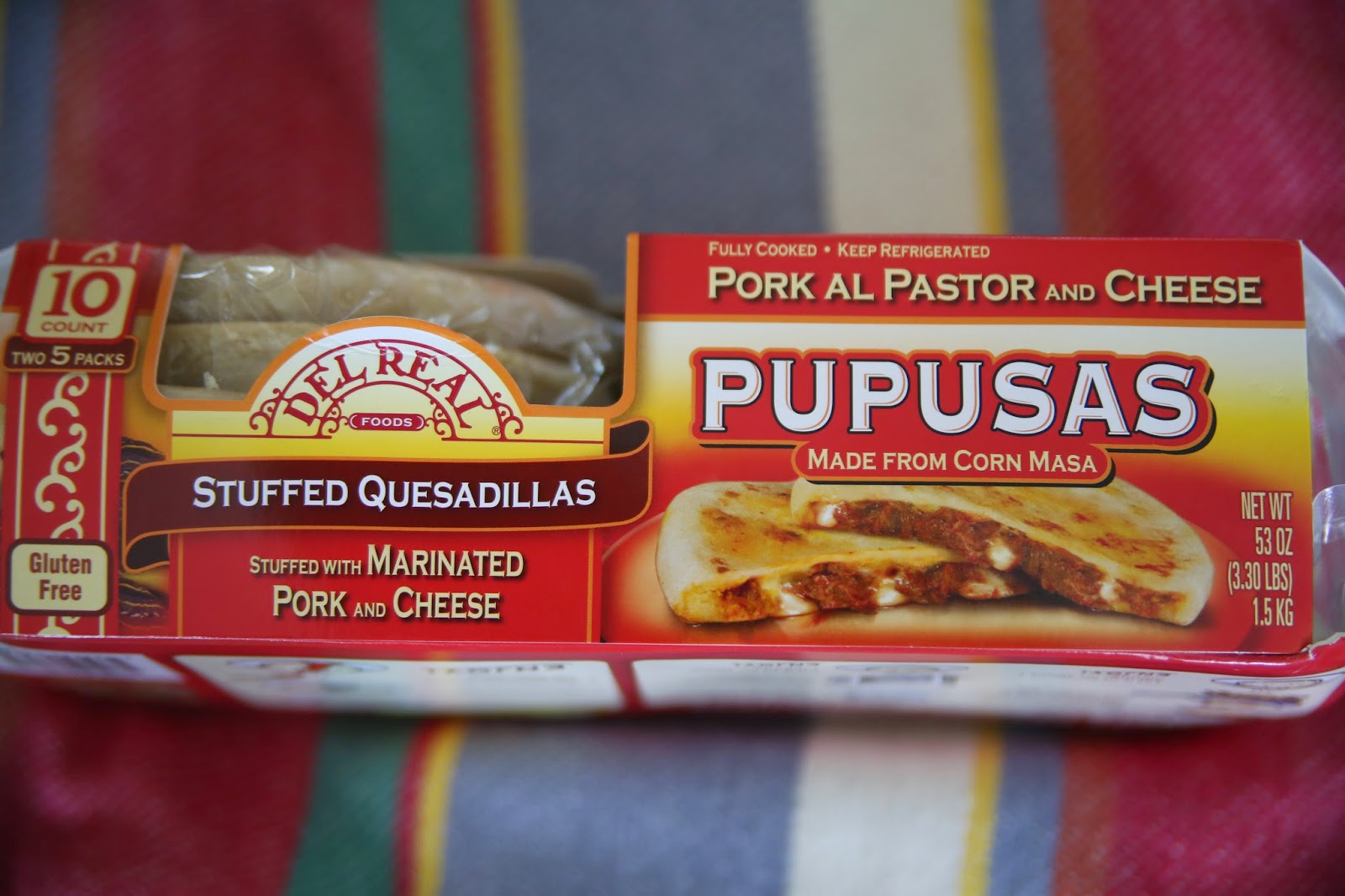 Del Real kindly sent me a Summer Party in a Box (image at bottom) and I'll review items not already covered in my blog. I'll begin with the Pupusas, which my family had last night for dinner. The pupusas can be microwaved or pan fried. In our opinion, either method works equally fine. 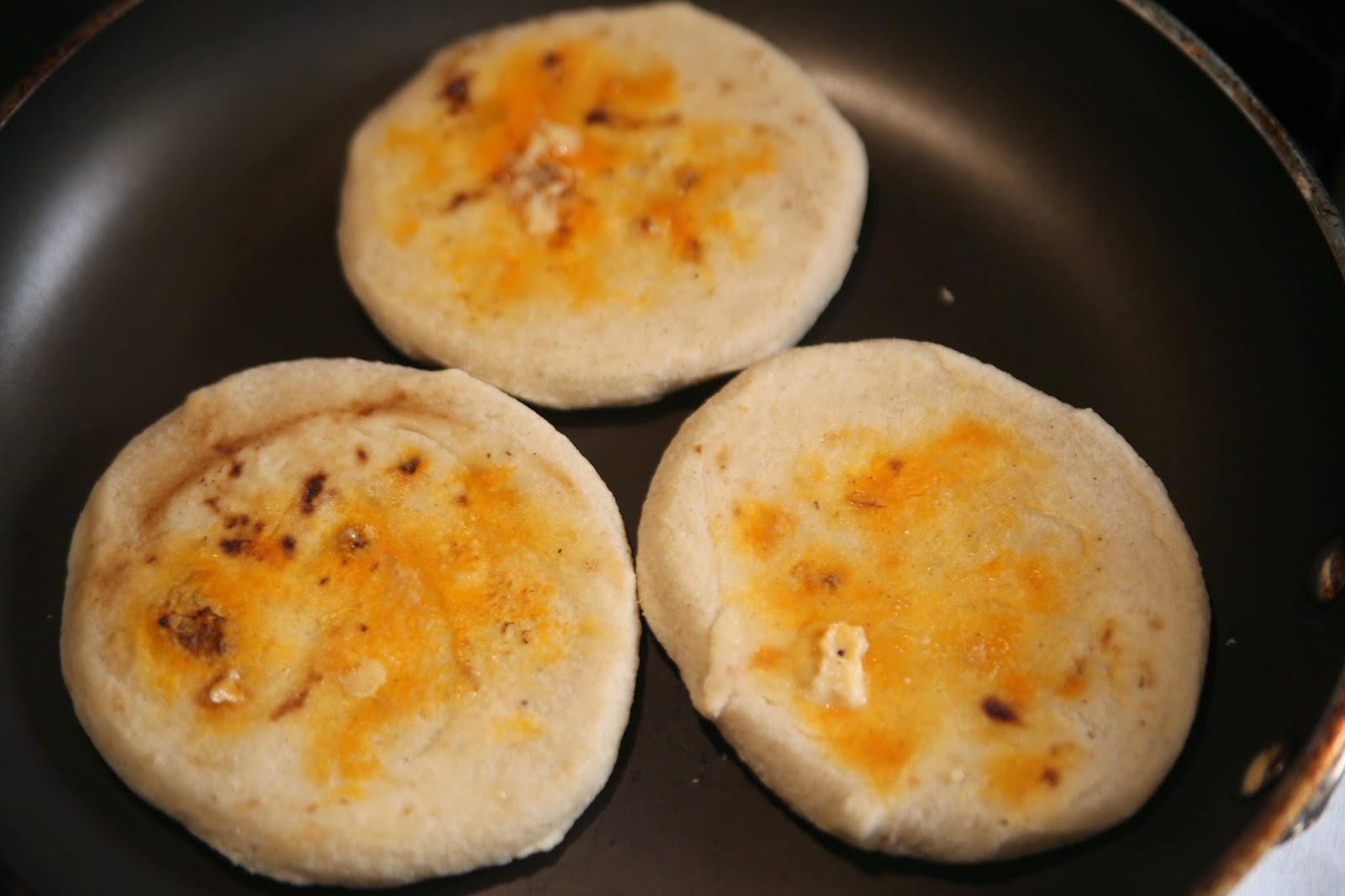 Filled with pork and cheese, it's the meat that really stands out. I topped mine with Del Real's Salsa de Molcajete Roja to give it heat and additional texture (the pupusa is otherwise mild). As I mentioned in an earlier post, the roasted flavor of this salsa is quite versatile.

We all thought the pupusas tasted great (Dylan preferred them to a home cooked meal) and, just as importantly for our family, can go from the fridge to the table quickly and simply. Jenny thought the pupusas weren't that filling, but I disagree. After two of them at dinner I was full.

Once in a while, I'll walk into a crowded restaurant that got great reviews and then, after dinner, leave completely mystified as to how or why it achieved such popularity. Scandinavian in Reykjavik is one of those restaurants.
From the kids menu, each of the boys got the "Children pasta", described in the menu as having a "creamy sauce, ham and toast". As served, though, the sauce wasn't a sauce at all, but only oil. Also, neither boy was served toast! We had to go to the counter after the fact to tell our server they never got the toast.

The toast was critical, because the pasta portions were so miniscule. Even with the toast, however, the boys were still hungry.

As were all of us. Jenny got the warm pate, which was good, but far from filling in its small portion (even though we got the full size--it's also available as a half). The same could be said for the smoked salmon I ordered. It was tasty (Tyler enjoyed it) but of poor value ($17 US) as it was meant to be a meal, but simply wasn't.

On top of everything else, what aggravated all of us was it took 30 minutes from ordering to getting our dishes. Making it even worse was the tab came to more than $50 and we still had to search for food after leaving.

The Pancake Bakery--Amsterdam, The Netherlands 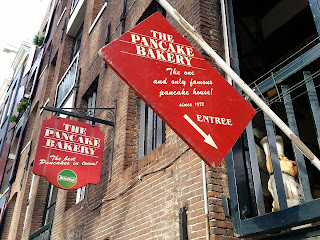 Looking to try Dutch pancakes our last night in Amsterdam, we went to The Pancake Bakery. I was intrigued by the pancake with apple and cinnamon ice cream and cinnamon liqueur,  but it was served with the ice cream a bit soupy.

Better was the summer special ordered by Tyler. It had strawberries, ice cream that wasn't runny and shavings of Belgian chocolate. 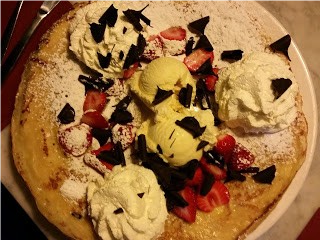 The best part of each dish, though, was the pancake itself, which was closer to a crepe than a pancake one would find in the US. I really enjoyed the springy texture that only an abudance of eggs can provide.
The pancakes were expensive, though, and run about $16 and up per dish.
Posted by Loren at 3:42 PM 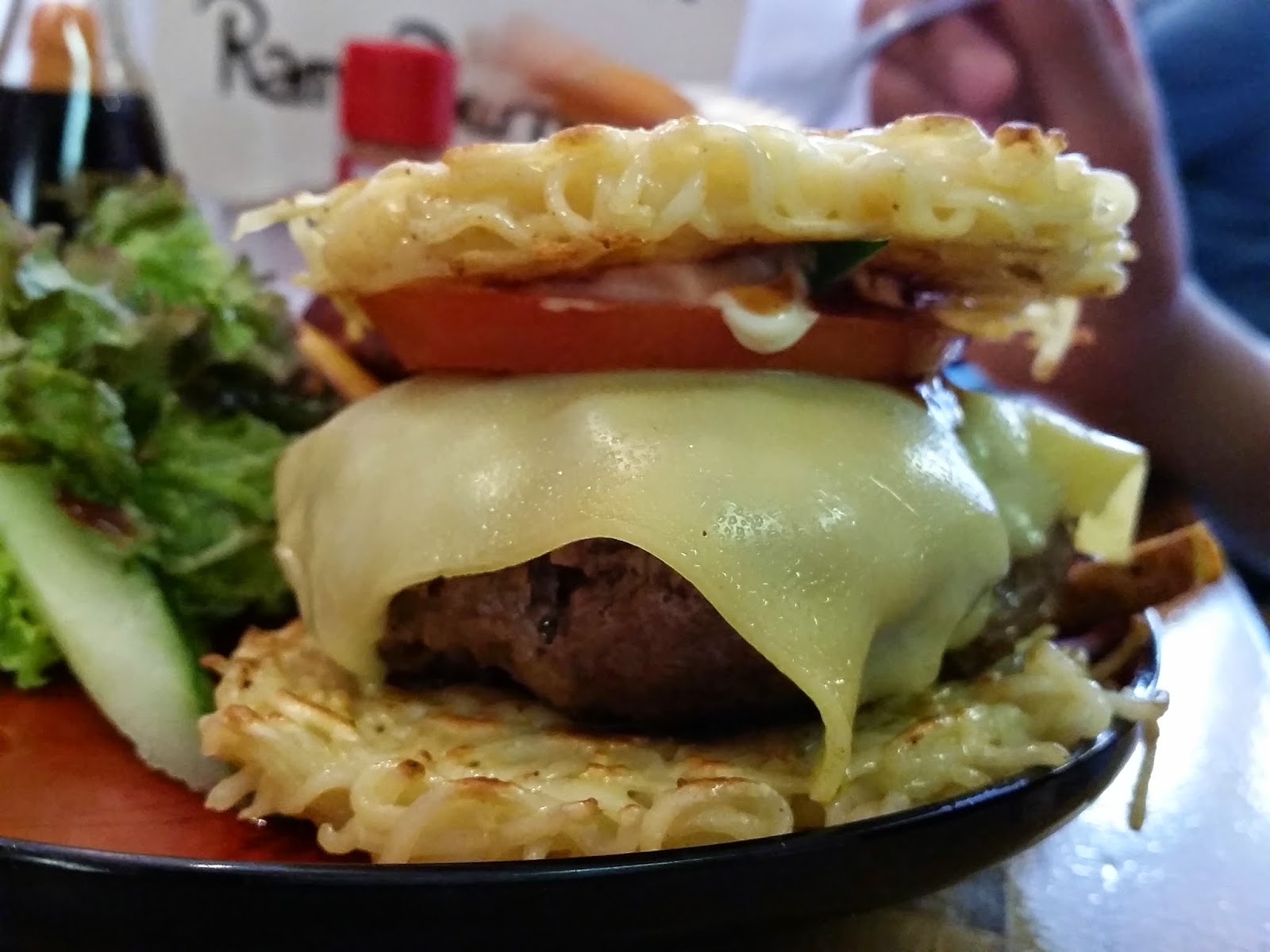 Walking through the heart of Amsterdam's Chinatown, we were intrigued by a big photo of a ramen burger in Eat Mode's window. The tasty sandwich lived up to expectations.

Though we also got a fried pork cutlet, chicken with noodles and a noodle soup (the soup was the only bland order of the night), it was the burger that stood out and the sweet potato fries coming with it weren't bad either. Keep in mind, though, the ramen cakes are soft and the sandwich is meant to be eaten with a knife and fork. The plate was a relative bargain at 6.50 euros.
Posted by Loren at 3:19 PM 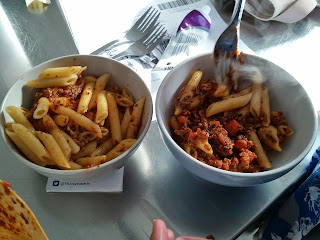 If you're in Bruges looking for a bargain for dinner, try Pasta Maria. For a mere 3.25 euro, you'll get enough pasta to fill you up. The two bowls in the photo are from a single order. Be aware, though, that Pasta Maria closes at 6:00. Though they're a take-out restaurant, they don't seem to mind if you hang around and eat in. The management is easy-going, something not easily found in Bruges. 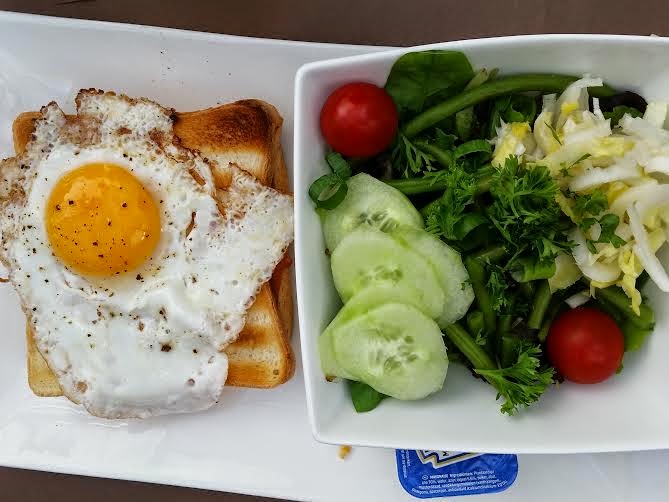 Soon after arriving in Bruges, we ate at Maria's House. Though expensive (but about average for Bruges), Jenny thought it our best meal during our three days in Belgium. 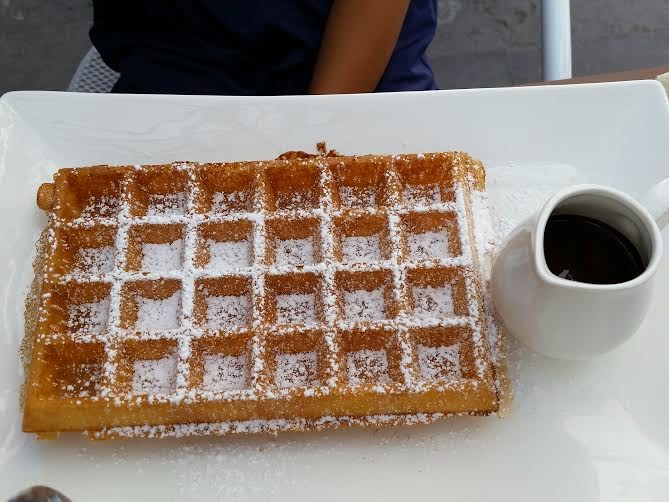 She loved the fried egg topping the crocque madame ($12.35 US), which is a crocque monsieur with fried egg, and the unmatched airiness of the chocolate waffle ($8.50 US), even by Bruges standards. The rich creaminess of the hot chocolate reminded me of the candy-bar-in-a-cup counterpart we got at LA Burdick in Boston last year. 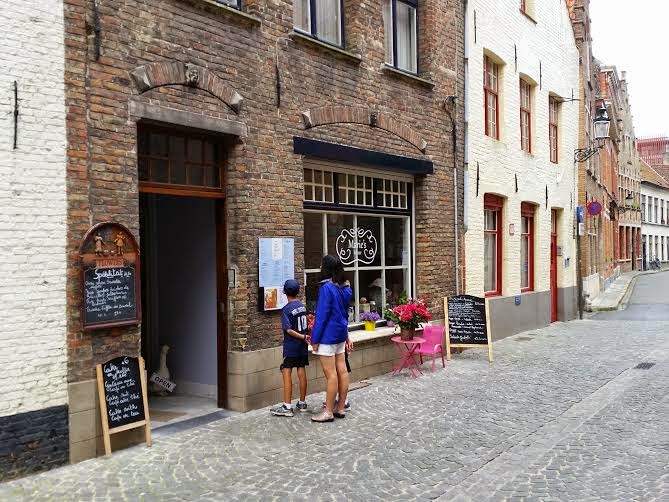 The apple cake ("cake en koffie") was delicious on its own, but was made even better by the accompanying truckload of fresh cream. 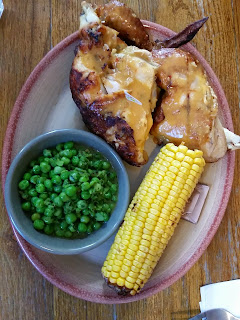 We all came away very happy with our experience at Nando's on Gloucester Road.  For an adult, I'd recommend the half chicken with two sides, as shown in the photo. Be aware that although they're known for their fine selection of sauces, they're all pretty spicy. If you can take the heat, give the mango lime a try and you'll be satisfied. 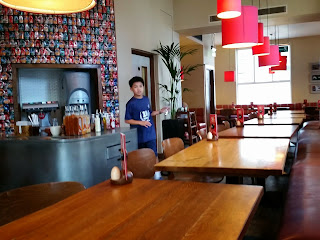 Most of all for us, we found the abundant space (especially on the top floor), unlimited ice water (and unlimited frozen yogurt, too!) and friendly service a most welcome refuge from the packed streets of London. 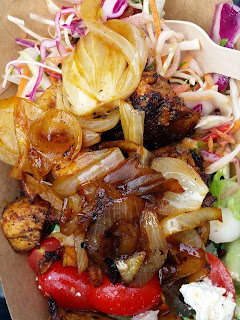 When going through the Portobello Market on a Saturday,  there are a lot of food options out there, but the one with the longest line is Crabatta's and for good reason.

For five pounds fifty you get several chunks of succulent chicken breast over a variety of sautéed vegetables with an option of fried onions for free. 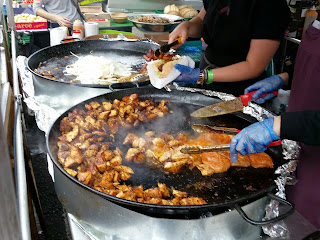 We shared one order and it was a hearty snack for all four of us.
Posted by Loren at 3:04 PM 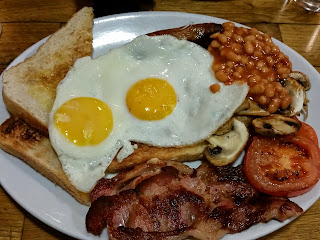 Try Mimo's Cafe near Hyde Park, especially if you're looking for a good value. I got the Full English Breakfast in the photo for a mere four pounds fifty. The sausage (buried in the back) had a smooth filling that Jenny enjoyed, too. Aside from the quality, though, where else in London can you get full in a sit-down restaurant for less than eight dollars US?

I had this "breakfast" for dinner, by the way.