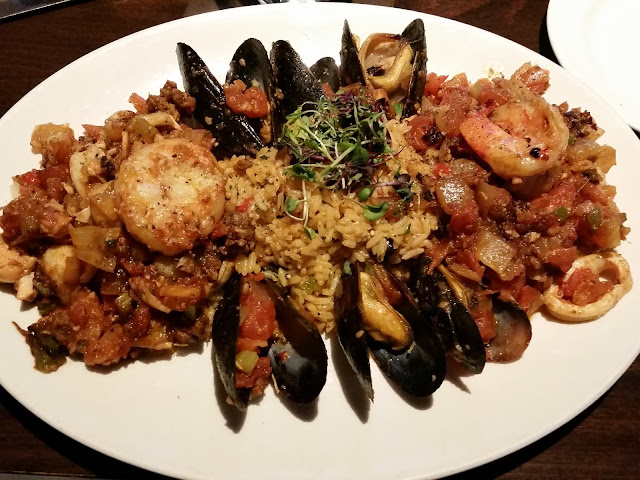 Every once in a long while--maybe a year or two--a meal delivers for me what borders on a religious experience. Wednesday night I had such an experience and it happened at BLVD Kitchen and Bar in Minnetonka. I love jambalaya and order it more times than not when I see it on the menu. Indeed, I had jambalaya on the first date with the woman who would eventually become my wife. No event will be quite as amazing as a date with Jenny, but when it comes to the jambalaya itself? Well, nothing compares to the dish I had at BLVD. Piping hot and loaded with seafood, there was delicious meat of some sort with every--and I mean every--forkful. The fish was tender, the shrimp succulent and the dish was spiced to perfection. Also, the prompt service (ask for Denise, who will treat you with the utmost care) was with a smile, with the dish coming out in little more than ten minutes after ordering. I've been to BLVD multiple times before and they always do everything right. But, that jambalaya. Oh, my.
Posted by Loren at 6:14 PM 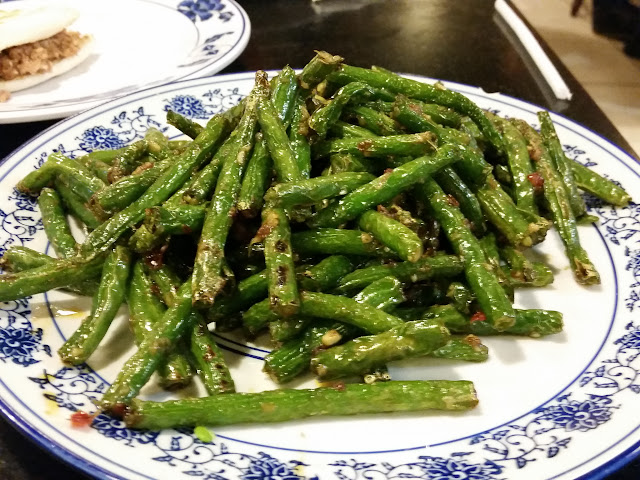 A recent trip to San Diego brought us to Shan Xi Magic Kitchen, which, at the time, was having a "soft opening". 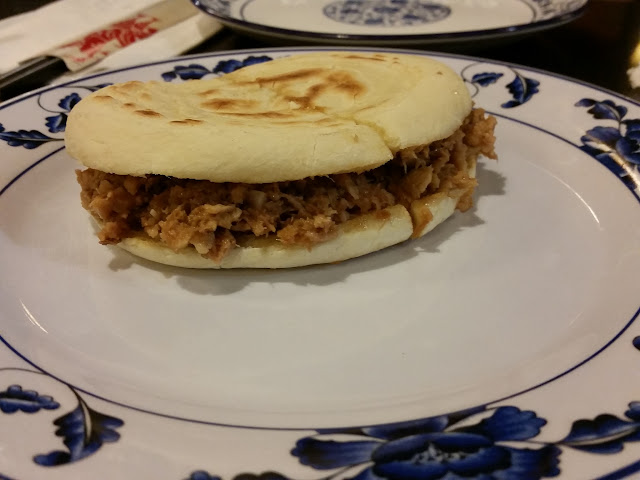 We started with a stewed pork burger, which looked and tasted very ordinary. The green beans were crisp and delicious.


The main event, though, and what was ordered at every table was the Biang Biang Noodles. The attention was certainly justified. At three inches wide, the dimensions alone made the noodles unique. What really set it apart, though, was the chewy goodness of those noodles. The peppers on this dish, though, would probably put it out of reach of most kids.


The beef noodle soup was super-salty and the noodles were really long. Nothing wrong with the latter, but be prepared for a lot of biting and splashing.


The bottom line? If you come here, it's for the Biang Biang Noodles. Otherwise, the wait is really long (more than 30 minutes for a table for us on a weeknight) and everything else we ordered was average.
Posted by Loren at 9:22 PM