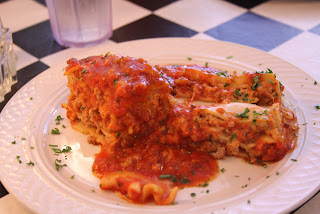 Last week, my son wasn't feeling well and wanted spaghetti for lunch. Looking to indulge him, but at a place other than the great but too-often visited Frankie and Johnny's, we settled on Mario's. From the first bite of their delicious pizza bread, I was glad we did. The lasagna was top notch, though my dad thought it wasn't warm enough. I loved the beef with the melted cheese. There was no burnt cheese or tough pasta to fight through here. The stack was nice and soft from the top sheet of pasta all the way down to the bottom, practically yielding all the way through to the mere weight of the knife. 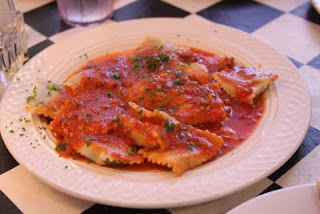 My dad's ravioli was good, but not out of this world. As for my boy, he ended up opting for pepperioni pizza instead of the spaghetti that brought us. The best part of the pizza was the chewy crust. As for the rest, though there was nothing wrong with it, how exciting can a pepperoni pizza really be? 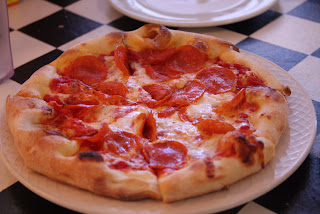 The waitress was thoughtful and accommodating. We didn't know the entrees came with ice cream, but she reminded us. We were entitled to two ice creams, as it turned out, but she gave us three. The atmosphere is very homey, clean and, for 1:00 pm on a Friday, quiet. I'd definitely return for lunch again, but it would have to be on a weekday--they're closed Saturdays and Sundays.
Mario's Pizza and Italian Restaurant
861 Leong Dr
Mountain View, CA 94043
(650) 988-0400
www.mariositaliano.com/
Posted by Loren at 4:57 PM

I read an article recently in the New York Times about the New York-based hot dog purveyor Papaya King opening in Los Angeles to take on hometown favorites like Pink's. As an example of this overall trend, it was mentioned that Five Guys, a hamburger chain based in Virginia invaded California to take on the much-adored, if not downright revered, In-N-Out. How dare they? 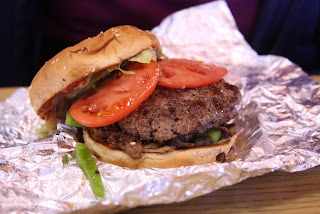 Well, dared they did--and with much success, it seems. We went at dinnertime on a Saturday and the place was packed, though at 42 and some change I was probably the oldest person--customer or employee--in the building. My wife and I each ordered a hamburger, for which we could add as many toppings, chosen from an extensive list, as we wanted to for no additional cost. I had mine with grilled onions, tomatoes, mustard and ketchup. The burgers were juicy and the patties soft. They weren't compressed as one would find at McDonald's or a school cafeteria. Most notable of all was the strong beefy flavor--this was no turkey burger. It was a good deal for $4.99 and it will bring us back. 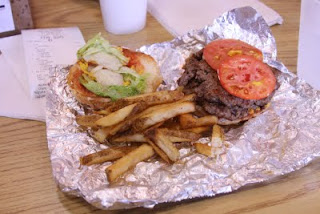 The large fries come in an overflowing--VERY much overflowing--16 oz. cup. They're hot and crisp, but a little salty. One of the boys ate two Little Cheeseburgers (and, the photo doesn't lie--the cheeseburger is indeed "little"), each coming with one patty instead of the two that come with a regular burger. The other six-year-old told me he liked In-N-Out more because they give out stickers. 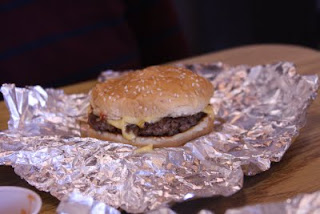 If In-N-Out offers an advantage, it's those ice cream shakes, which aren't available at Five Guys. Five Guys has been stubborn about this because they don't want to have freezers in their restaurant as a testament to the freshness of their ingredients. Perhaps some day they'll give in? In the meantime, to satisfy that need for protein, one can enjoy complimentary peanuts in the shell available in the back corner. 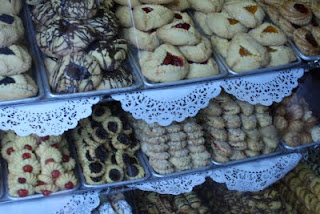 Three weekends ago my wife and I dropped by Canter's, partly to relive our days at UCLA and partly because I was hungry for some good down-home deli fixins. But, what stood out most about our lunch was that Canter's was expensive. They seemed to go after us every which way. The matzo ball soup was $6.50 but to add chicken was $2 and carrots $1. This was especially puzzling since the soup was probably made with carrots and chicken. It was almost like paying the restaurant $3 to not toss out part of your soup. To be fair, the bowl of soup was large, but $9.50? 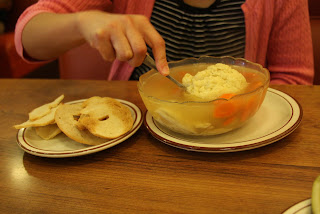 I went with the pastrami, knowing full well this wouldn't be Canter's strong point. Although the pastrami was tender and juicy, the $11.95 for the sandwich was steep. Moreover, it didn't compare well at all, in terms of both quality and size, with what I got at Langer's (which served up the best pastrami sandwich I've ever had) or The Hat. 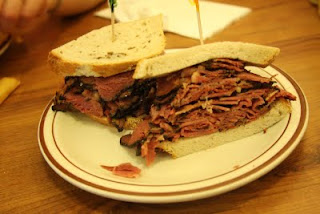 The French Dip was a better value, although it was made with beef brisket, giving it a fall-apart texture very different from the conventional French Dip.

When we left, we picked up some eclairs, which made us a hit with the kids. They were good! They also kept well--I ate some a week later (and 400 miles north) and they weren't the worse for wear. 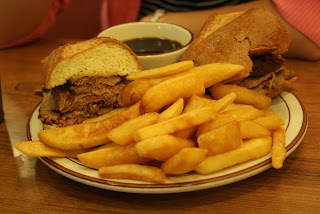 As humble as this little blog is, to avoid conflict of interest--and to avoid conflict with friends--I only review meals that I did the paying and where I did the inviting (business lunches excepted). For the event catered by 24 Carrots a couple of weekends ago, I most certainly did neither. However, I do want to share with you some photos I took. From top to bottom: 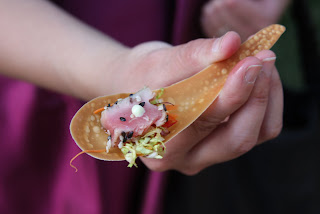 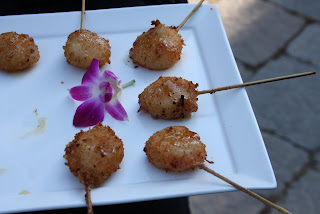 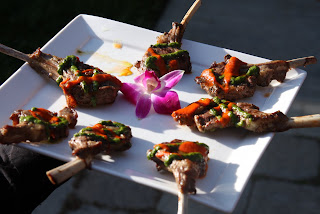 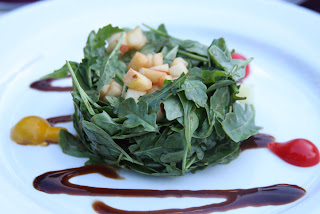 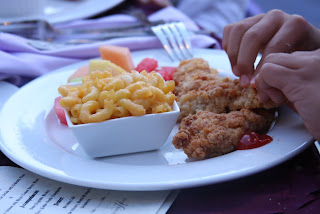 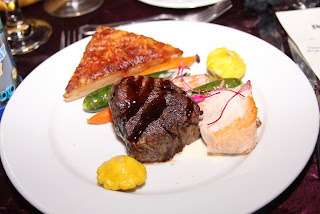