As any follower of this blog knows, we got back from Iceland last month. I continue to miss the long days, beautiful terrain and the clean air. But, as when it comes to food? It has got to be the skyr, a dairy product which has a consistency close to Greek yogurt but with a flavor that packs a punch. We first had skyr on our way to Iceland on the airplane and it was love at first taste. When we bid farewell to Reykjavic on our flight to Boston, I figured I was saying good-bye to skyr as well.


Searching in vain for the creamy smooth consistency after returning to the states, I typed "skyr.com" out of desperation. And, there it was: Siggi's to the rescue!

Though it had been a couple of weeks since I'd had the genuine article in Iceland, I have to say that Siggi's matches what I remember very well. The smooth, creamy texture and the rich flavor were all there. One hallmark of skyr in Iceland is the rich fruity flavor without fruit chunks. I don't know how it's done, but Siggi's pulled it off also with their blueberry, coconut and strawberry flavors. (If you're looking for chunks in your skyr, you can try their Peach flavor and Orange and Ginger.) 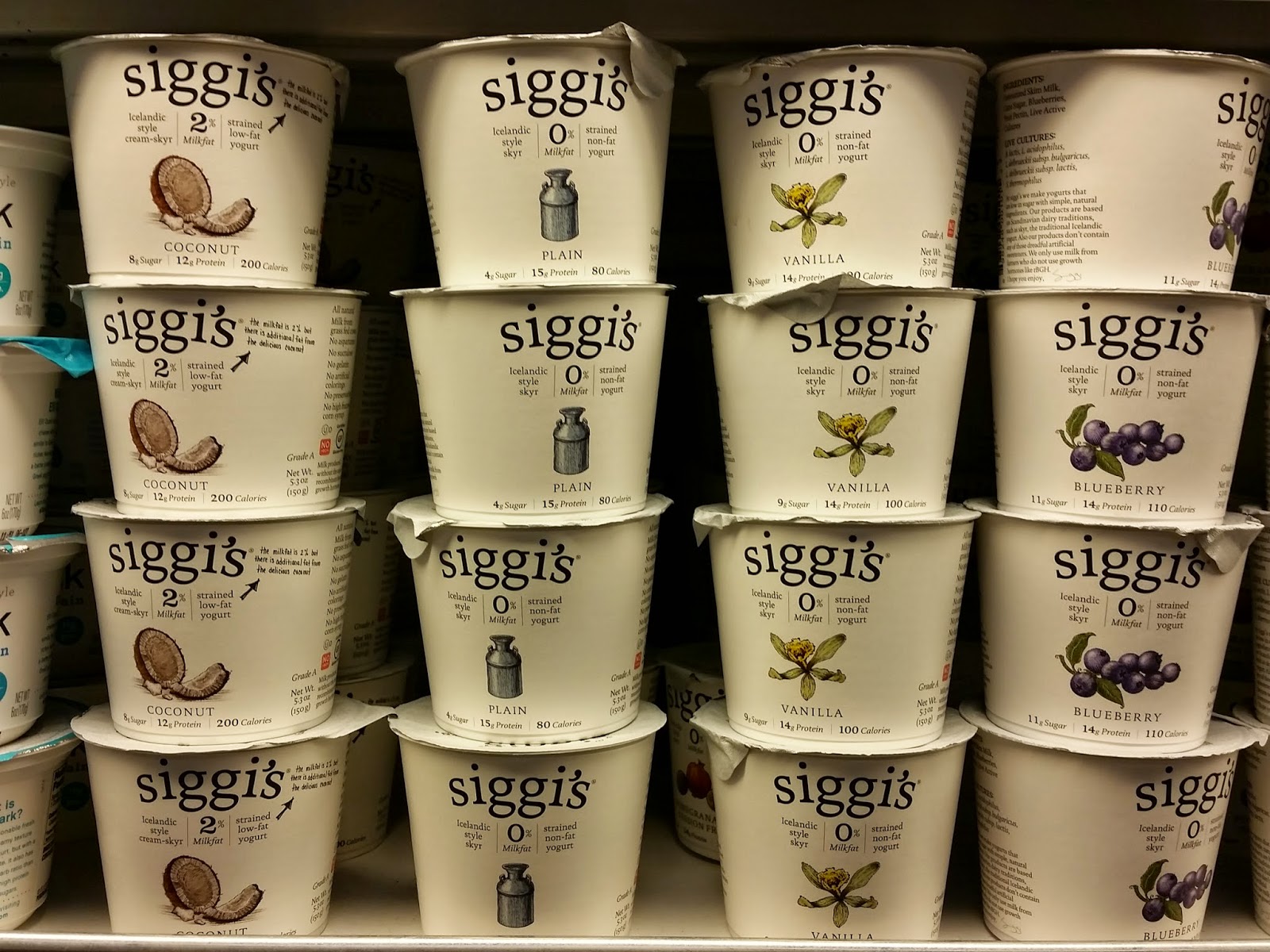 I recommend you give Siggi's skyr a shot, especially if you're a fan of Greek yogurt. Check out the Siggi's website for a full list of flavors and locations near you. Here in the Bay Area, I've had good luck with Whole Foods and Andronico's. Expect to pay about $2 for a 150 g (about 5 oz.) cup.

The cheese tamale by Del Real Foods, I noticed, receives high praise on the internet, as it should. The cornmeal shell is pillowy soft, giving the dish a creamy texture. And, the flavors from the cheese and the heat from the peppers are well balanced. Don't let the smallish size of the tamale fool you, either: Just one can fill you up for lunch. 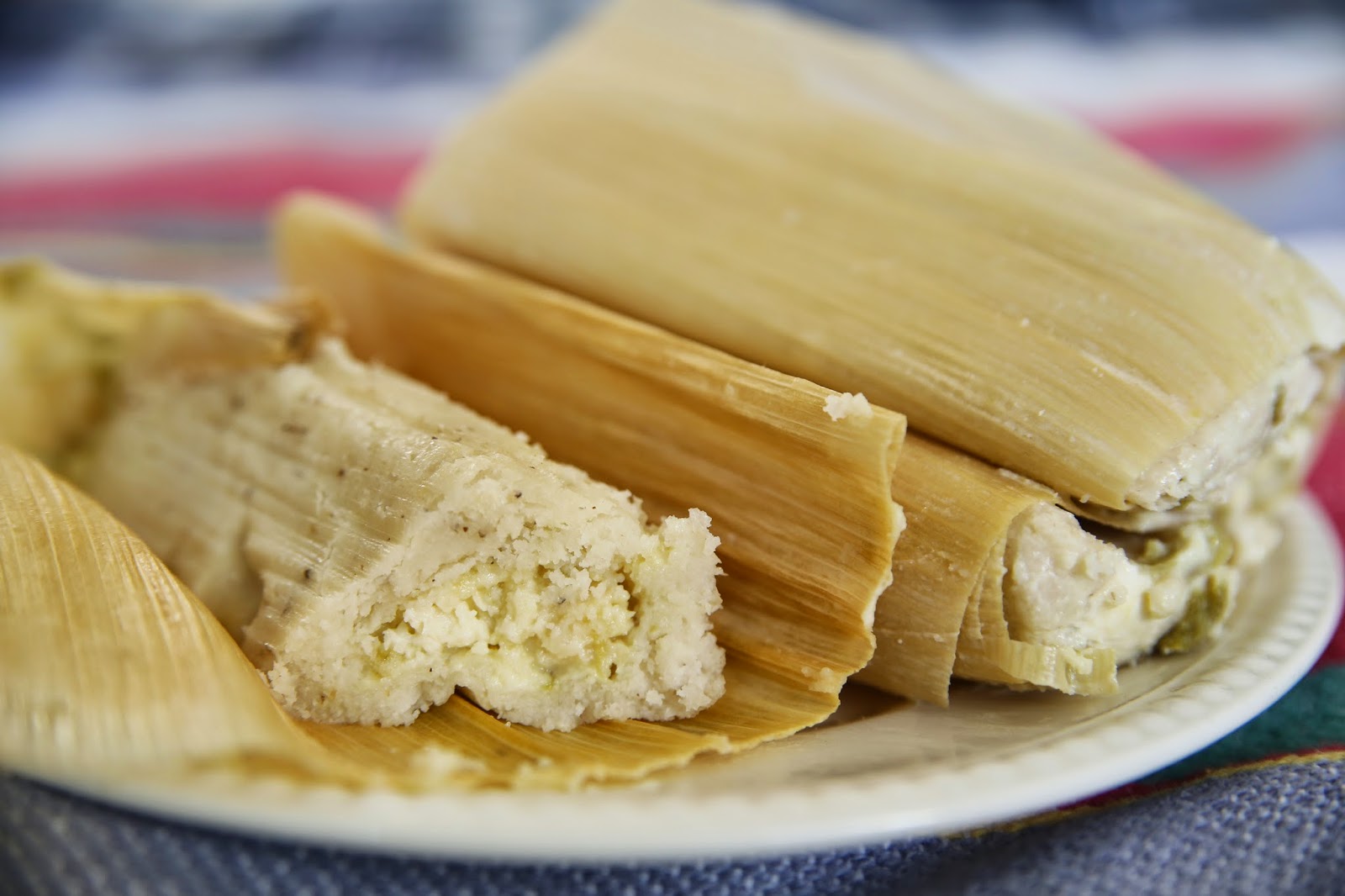 Unlike some of Del Real's other offerings such as, say, their chicken dishes (e.g. Chipotle Chicken Tinga or Pollo Asado), I can't make the argument that the cheese tamales are particularly good for you. Just one tamale will give you half of your recommended allowance of saturated fat. However, if you accept the tamale for the treat that it is, you'll love it. 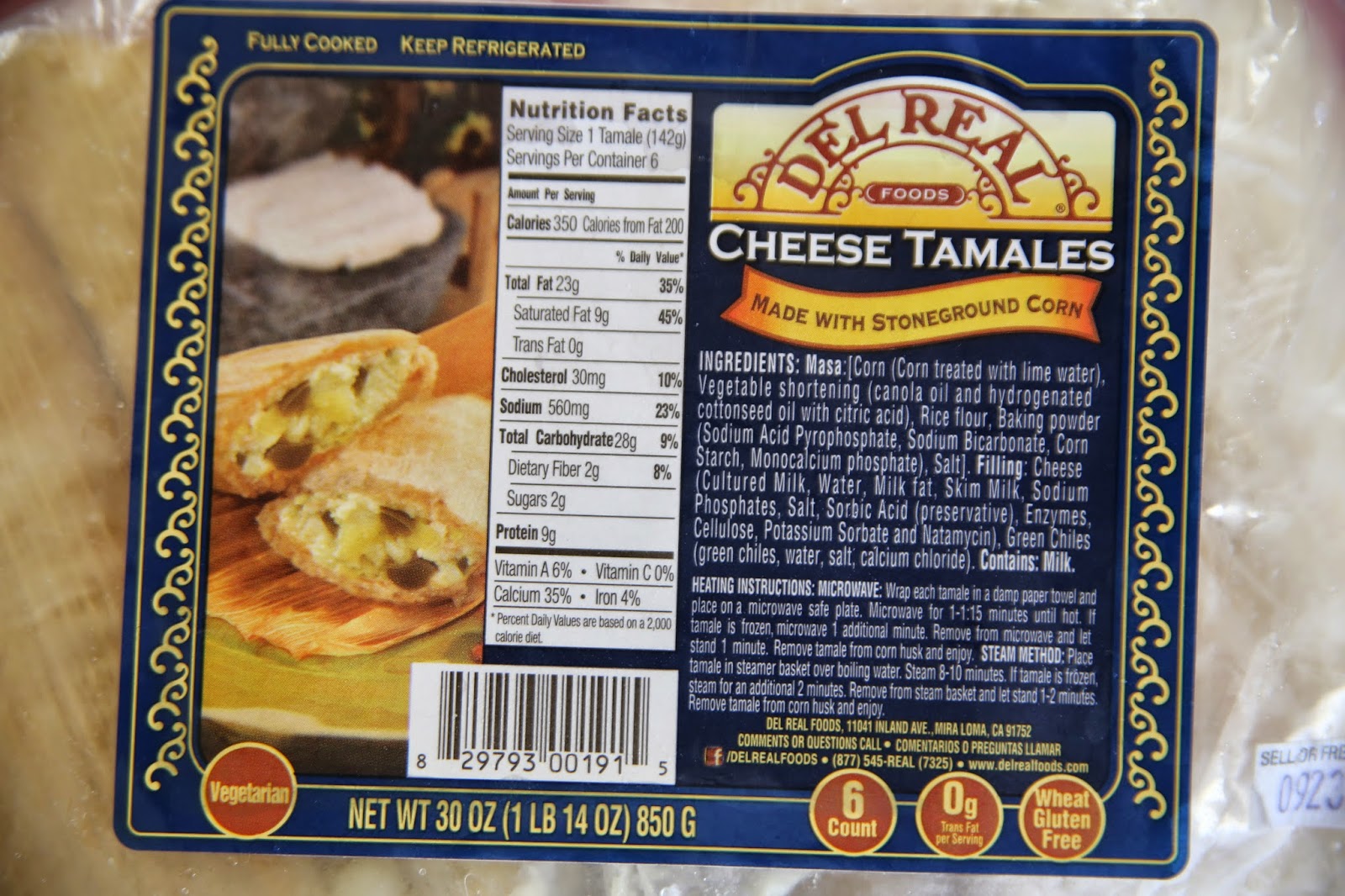 Not that one should tempt fate, but I can add that from prior experience the Del Real tamales stay edible well past the "Sell By" date. :)

I received the tamales in a complimentary Party in a Box from Del Real Foods.

Last night I tried out a recipe I found on epicurious.com for ribs with black vinegar. I love how it turned out! My family tells me they enjoyed the ribs, too. I did take some shorcuts, though, because I was in a hurry. Instead of blanching for the four minutes recommended, I did so for eight minutes. I followed the frying time of five minutes, but I let it simmer for about half an hour instead of an hour. (So, yes, the ribs were cooked three times in three different ways.) 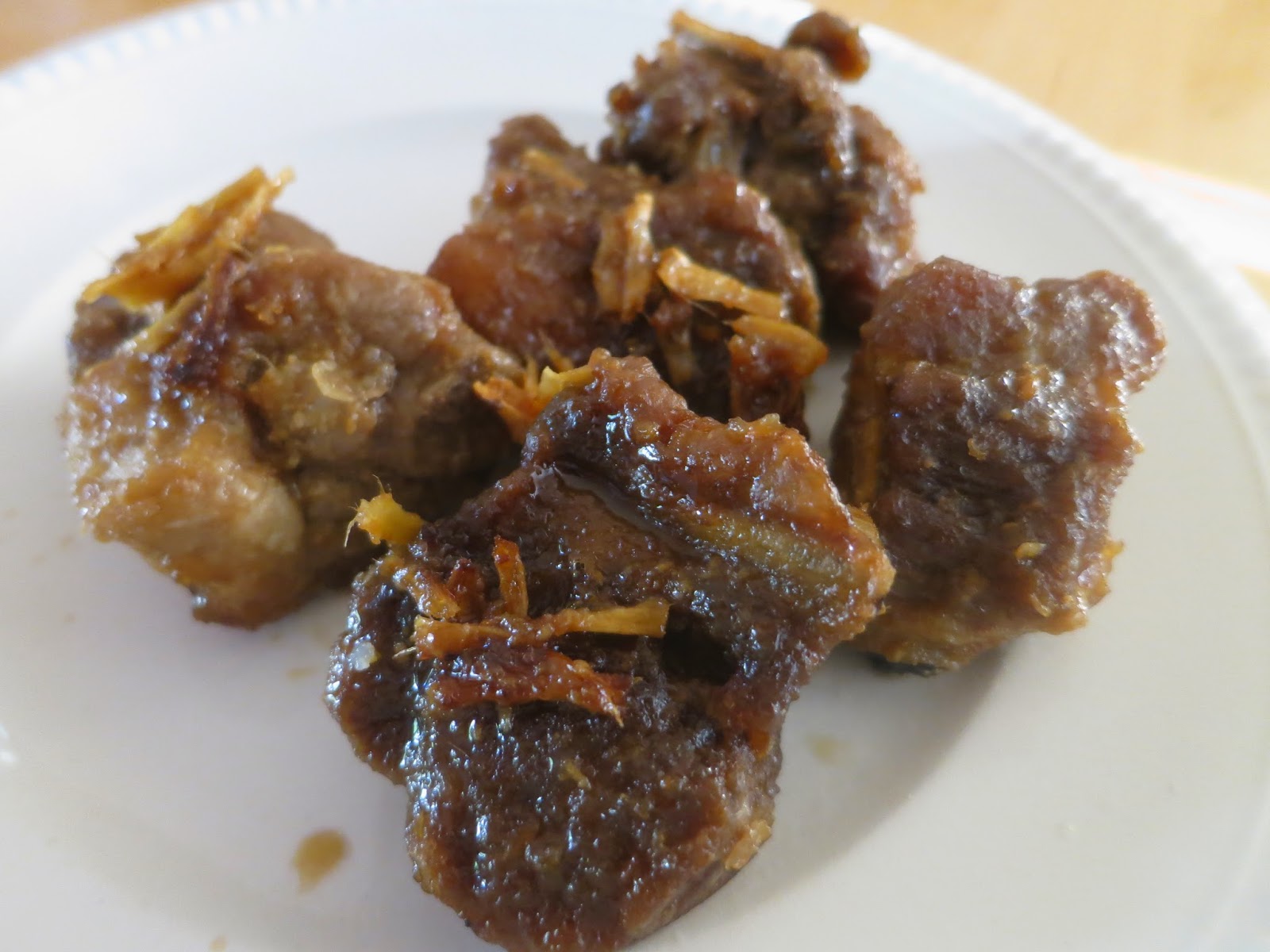 I can't wait to try it out again! The recipe is below:

Blanch ribs in a 4-quart pot of boiling water 4 minutes. Drain and pat dry. Whisk 1/2 teaspoon salt into cornstarch in a large bowl. Add ribs and toss.
Heat 3 inches oil to 400°F in a 4- to 5-quart heavy pot, then fry ribs (in batches if necessary) 5 minutes per batch. Transfer with a slotted spoon to a bowl.
Heat 2 tablespoons oil in a heavy medium saucepan over medium heat until it shimmers, then cook garlic, shallot, and ginger, stirring occasionally, until pale golden, about 2 minutes. Add brown sugar and cook, stirring, until dissolved, about 1 minute. Add wine and boil 1 minute.
Add ribs with broth, vinegar, and soy sauce and simmer, covered, stirring and turning ribs occasionally, until tender, about 1 hour.
Transfer ribs to a platter. Boil sauce, whisking, until thickened and emulsified, about 2 minutes; pour over ribs.
Posted by Loren at 8:43 PM