Let's get to the good stuff first. At Protege, the loin (pictured, lower right) was as tender a cut of lamb as I'd had in memory. The lamb belly was sinfully delicious, though I'll never work off the fat. And, the charred eggplant socca was a work of art. Another triumph was the 9-layer lasagna, made with paper-thin pasta combining to form the tastiest cube of pasta you'll ever have. 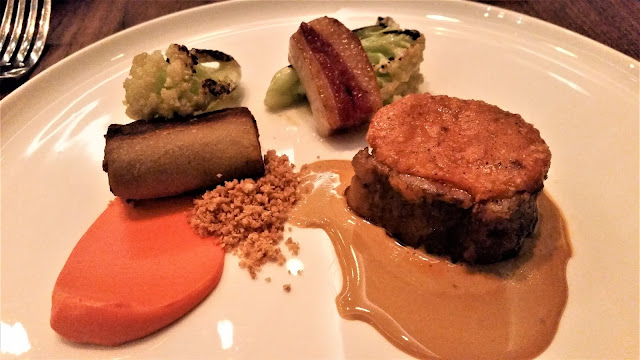 But, aside from those two dishes we received nothing all that memorable from the fixed menu. The monkfish was a disappointment, with it inside an overwhelming phyllo wrap. The white asparagus on its own was fine, but it sat on a paste that looked and tasted like it came from a tub of Philadelphia Cream Cheese.

The 80s music piped into our room gave the environment a casual feel, which I liked. But, given the hype, the cost ($145 for the items I wrote about here plus a gateau or cheese for dessert) and that this is a restaurant worthy of a Michelin star, my high expectations were barely met. I can't say I was let down, but I didn't come away wowed either.

Expand below for menu: 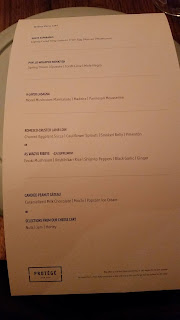 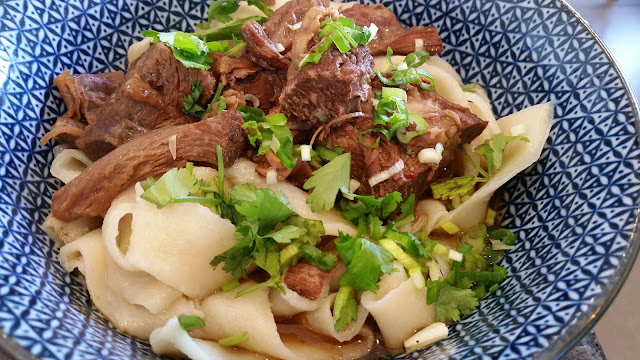 The dry beef noodles dish was terrific, with big chunks of meat. The wide chewy noodles are 50 cents extra, but worth it. But, the real find here--and worth the trip to Liang's on its own--was the pancake wrap with stewed beef. And, for this dish the crisp yet chewy pancake was the star of the show.

Get to Liang's early or late. We got there at 1:40 on a Saturday and still had to wait 15 minutes. 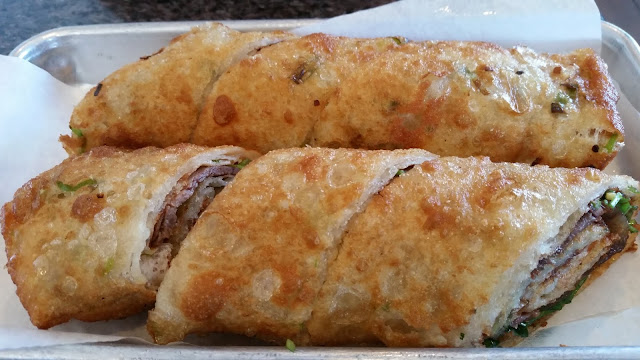 Today for Mother's Day my 14-year-old made crepes including the one below from scratch using this recipe from allrecipes.com. It took him 40 minutes to prepare, but they turned out well! The cream was made from whipping cream, cream cheese and sugar. The crepes from eggs, butter, milk, water and flour. 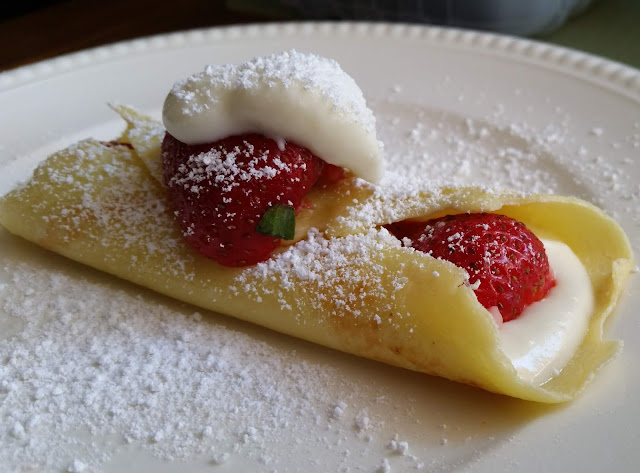 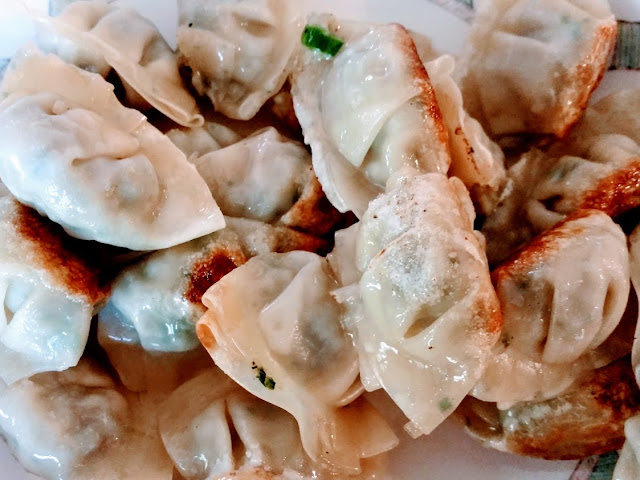 These are frequently on sale at Costco and, if they are, I grab them every time. They make a great snack or even a quick meal for the kids in a pinch. We've found that frying is the favorite option for preparing these. These come with cilantro, but I don't really notice. 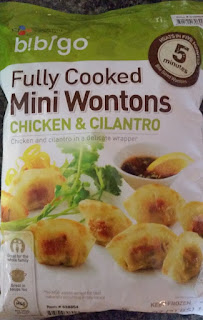 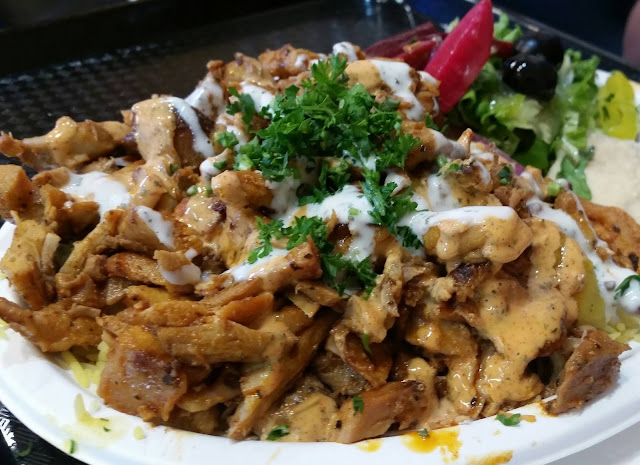 I highly recommend this place. The service is friendly, there's plenty of parking and finding a table is stress-free--at least for now. The best part, though, is their dishes come with truckloads of meat. You'll leave full and won't spend a lot. The chicken shawarma shown here was $11, but I got the Traditional Shawarma wrap for a mere $7.50 and it was more than enough for me.
Posted by Loren at 11:36 PM