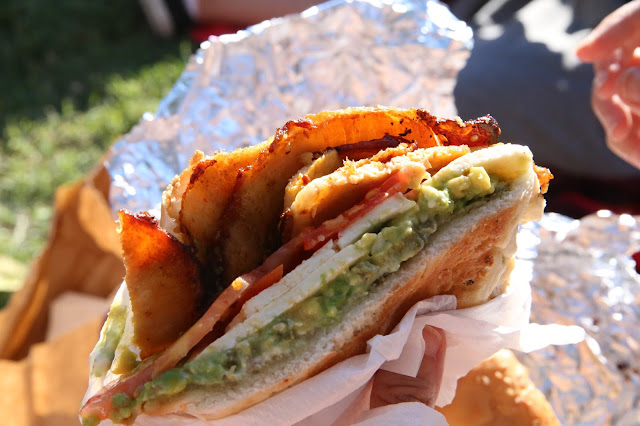 Last weekend we went to see a concert by Symphony Silicon Valley at San Jose State. With our family needing dinner during the performance, Jenny sent me to nearby Bakery Mexico on E. Santa Clara Street in downtown San Jose. 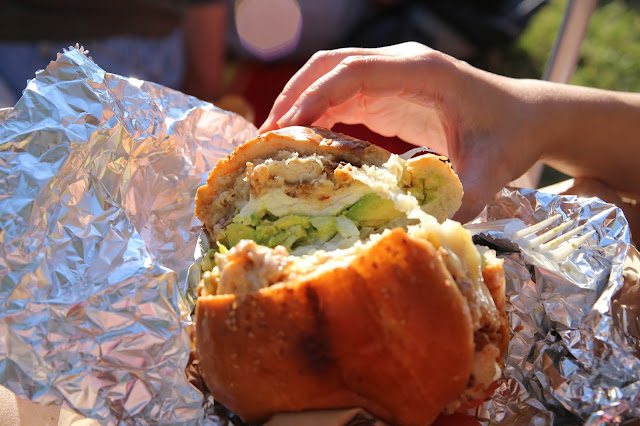 Note that from the street there's no way you'd know there's a restaurant at 87 E Santa Clara St. due to construction and the related scaffolding completely covering the storefront. 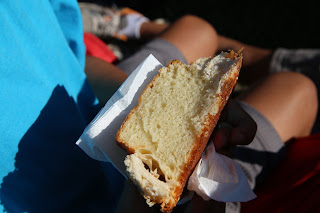 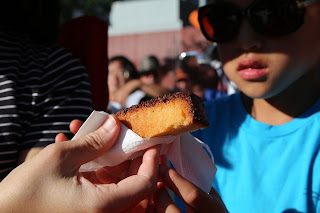 Once you fight your way through it, though, you'll be rewarded with a slection of rich, scrumptious tortas. Just half of one will fill you up. We got one pork and one chicken--the two sandwiches were enough for my family of four. The pork was sliced thin and I actually enjoyed the slightly chewy texture. The chicken ended up being a greasy mess, but nobody minded. Steeling the show was a white cheese (it's the default cheese) that was flavorful and creamy. 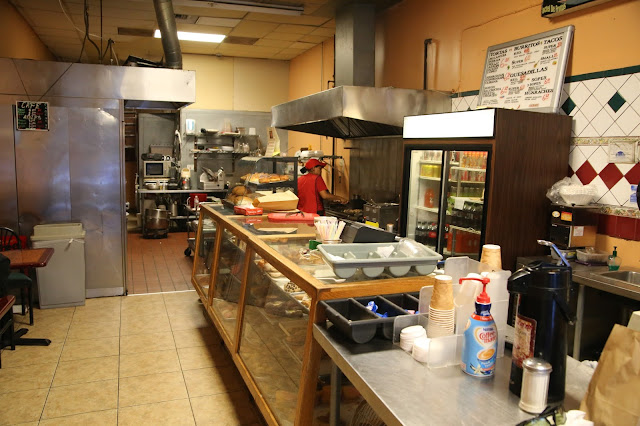 If you have room, try the pastries at Bakery Mexico. We tried a pound cake coated with chocolate as well as a muffin. 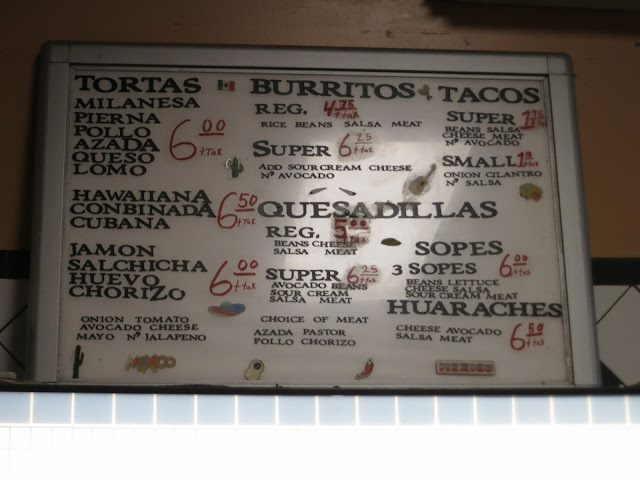 So, in all we got dinner and dessert for just over $15. Throw that in with a free concert (Look out for them! There are multiple performances during the summer and are sponsored by Target.) and our Sunday evening was an amazing value. 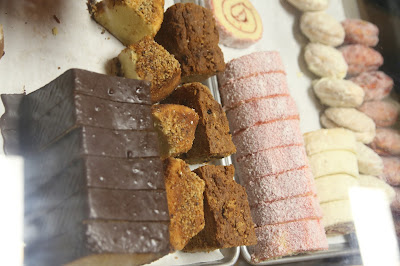