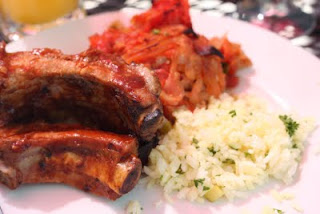 For Father's Day Jenny set us up with a brunch at Angelica's Bistro in Redwood City. Upon entering we were greeted by their thoughtful host, Peter, who in addition to extending a warm welcome, would make the long trek to our table outside just to ask if things were all right. And, for the most part, things were. 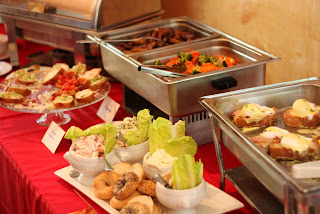 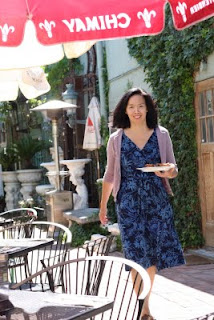 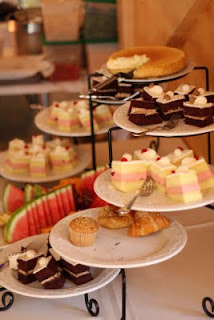 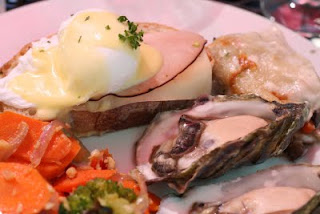 The egg in the eggs Benedict was cooked to perfect doneness, with the yolk soft but not runny. Jenny thought the ribs overdone, but I thought they were fine. The oatmeal pancakes appealed to both of us, but the kids didn't like them. They were heavier and denser than what you'd fine at, say, Denny's, but they were tasty nevertheless. What the kids' favorite was the penne with sausage. Jenny enjoyed the crostini, which came with cherry tomatoes. The bread was the same as, or very similar to that used for the eggs Benedict. Omelets were served with a smile, and my omelet from the station was good, but it's not a differentiator compared to stations elsewhere.

The highlight of the brunch, though, would have to be the beer, which was complimentary for all dads. Upon Peter's recommendation I went with a freezing cold Spatan, which was light and frothy. It went down so well with the brunch I'll never forget it. For everyone, mimosas and orange juice were included. 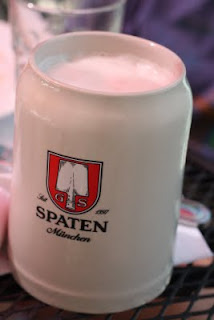