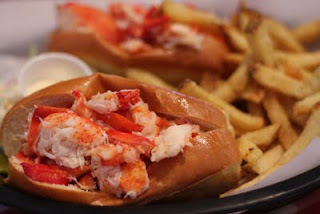 Returning home from San Mateo during dinnertime, we dropped by Old Port Lobster Shack a couple of weekends ago. Hoping to avoid an overdose of mayo, we went with the "Naked Lobstah" instead of the standard roll. The lobster roll was great--the meat was cold, fresh, sweet and prepared to a perfect doneness. The bread was delicious, too, as it was buttered and slightly toasted. Through some snooping I found out the bread they use is a sourdough from La Boulangere. The fries were hot and remained crisp throughout the dinner--I still wonder how they did that. 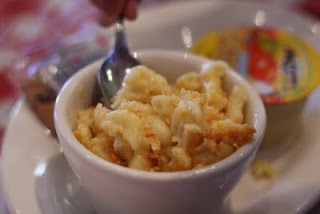 The bad news, however, is that the sandwiches, as expensive as they were ($35 for two), far from filled us. They were more like half sandwiches. But, we weren't all that upset because what little we ate was so delicious.

The kids meal was likewise small in quantity, but at $5.50 for mac and cheese, apple sauce, a chocolate chip cookie and milk it's hard to complain.

Would I go back? Yes! But not before stuffing myself at home first. 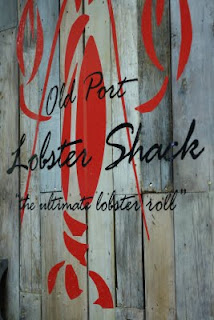