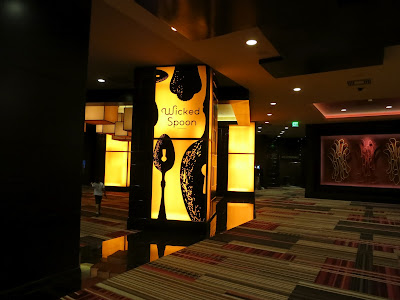 It was with a lot of anticipation that we went to Wicked Spoon at the Cosmopolitan on the Strip two weeks ago for brunch. One could even say our trip to Vegas was in part motivated by the buffet there. I even fasted the night before to make the most of our visit. Was it all that? Visually, yes. The spread was so enticing and attractive that it was easy to forget that this was a buffet. Until we tried the pork shoulder. That's when the, well, hard reality hit us. The pork was overdone and tougher than leather. It's hard to make everything right at a buffet. Only the Ritz Carleton in Half Moon Bay has managed to pull of that trick. This wasn't a made-to-order restaurant and food invariably sits under a heat lamp while waiting for customers. 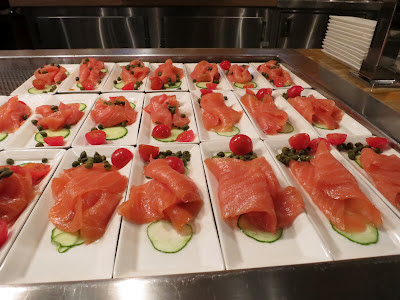 I must emphasize, though, that a lot of things--most things, in fact--turned out well. And, I cheerfully recommend Wicked Spoon and would consider it a privilege to return. The homemade bacon, sausage and goat cheese ravioli were all delicious and worthy of seconds and thirds. The sauce for the ravioli was creamy, warm and the flavor not far off from that of chicken broth. Also up there among the best were the Scotch eggs, or hard-boiled eggs wrapped in pork sausage. How decadent is that? I also appreciated that we were served all the fresh orange juice we could drink. 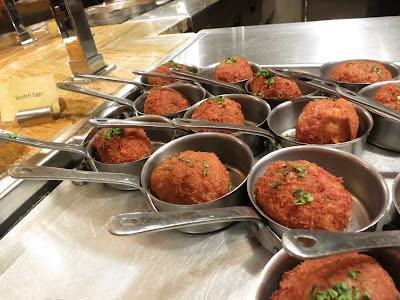 The desserts were the most impressive part of the buffet. The lava cake packed a wallop of chocolate flavor. I finished with a raspberry gelatto and I couldn't think of a better way to cap the brunch. It was smooth, creamy, cold and flavorful. Just as with all the other desserts, the gelatto was made on the fourth floor of the hotel. As a family it seemed we couldn't get enough. We fought through our sated appetites, tight pants and bulging bellies to get more. Tyler got three servings. His favorite flavor was Mint Chocolate Chip. 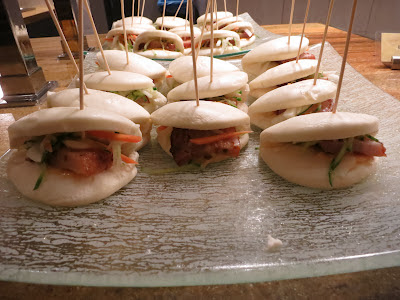 Looking back, the presentation of Wicked Spoon played a critical role in making our dining experience such a positive one. Namely, what makes the Wicked Spoon distinctive is the individual servings, which added a measure of civility and decorum. We didn't need to dive into a trough as we would at any other buffet. In fact, in some ways Wicked Spoon may have even over-reached. The buns for the banh-mi's, as appealing as they may have been, were more like Peking duck wrappers than the authentic bread for the Vietnamese sandwich. And, the Chinese items were packaged in the traditional little white to-go boxes so often seen in Chinese restaurants. It was a cute wrinkle, but the closed boxes prevented us from seeing what we were actually getting. 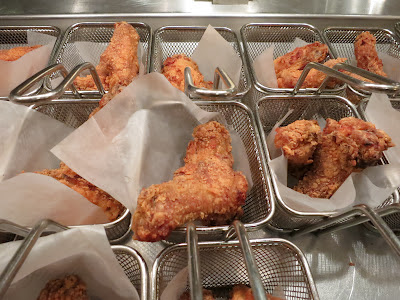 Other minor issues: The ham was super salty. Also, silverware was unusually difficult to come by. The only way to get another fork for, say, dessert, was to rob the next table of its place setting. You'd think silverware would be available where the food is located. Also, there was no milk with the cereal (despite our begging the boys to eat the serious stuff, kids are kids). So, we had to ask our server for some. 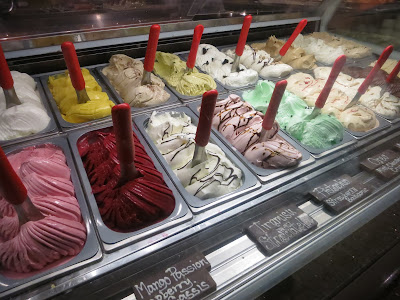 Despite the shortcomings, though, Wicked Spoon was a great treat and even a great value (the four of us got in for about $65). It's perhaps the first place I'd go back to eat when I return to Las Vegas. And, I'll make it a full 24-hour fast instead of a mere 18-. 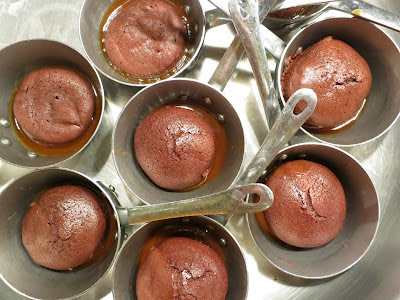 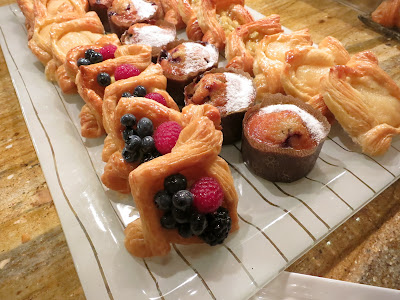 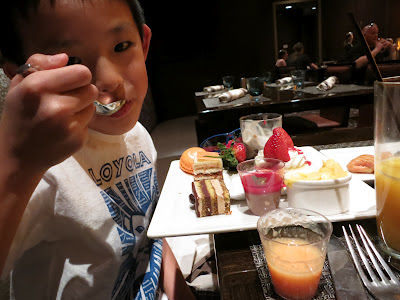