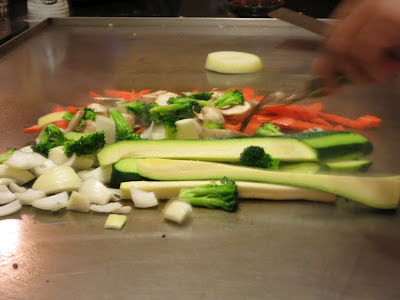 With the kids wanting to get out and be entertained on a rainy Saturday--and with the two parents wanting something a little out of the ordinary--teppenyaki came calling for us. With Jenny finding a $20 certificate on the internet for $10, we hustled off to Koto in Redwood City.

The main draw of teppenyaki is, of course, the show put on by the cook and we weren't disappointed by his artistry. He twirled his tools of the trade, made eggs dance and hop with his spatula and got our attention with a gigantic fire. Oh yes, the fire. It should be known before go that this fire is big and tall (three feet maybe?). It scared my wife and Tyler. The cook warned all of us that a fire was coming up and he did it just to set the mood. It was all in good fun, though, and the cook followed up the intro with some fine fried rice. He used a lot of garlic butter and just when you thought he was done with it he went back to add another scoop. 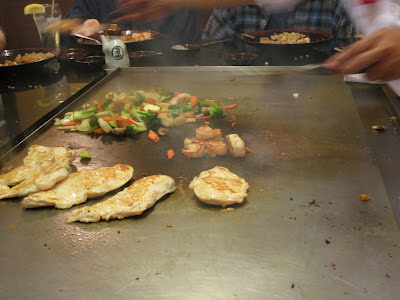 The vegetables, shrimp and chicken, cooked together, followed. The chicken was overdone but the quantity was tremendous. The shrimp was just right and I have to give the cook credit for getting the correct amount of doneness even though he had a show to put on. What really impressed, though, was the New York strip, which he nailed. I asked for medium rare and it was exactly what I got. I had the leftovers for lunch two days later and it tasted even better. 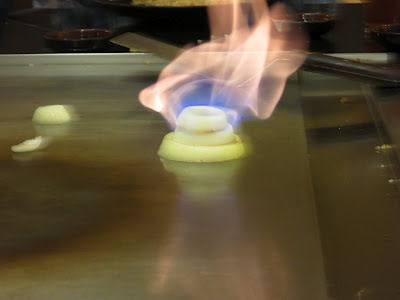 While we watched the cook work his magic, we nibbled on our salad. It was the first time I'd ever seen Tyler eat salad. And, he did so voraciously. He ate so much, in fact that he not only plowed through his own bowl but Dylan's as well. 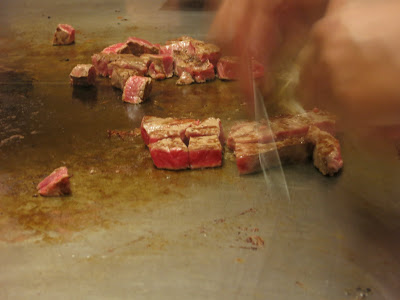 In sum? The quality of the dinner itself could have been better. Not only was the chicken overdone, for example, but the noodles were salty. And, the servers spoke Mandarin, bringing to question the authenticity of the experience. Moreover, the sequential nature of teppenyaki means your meal gets served one part at a time and you won't be able to enjoy hot fried rice, chicken and steak all together. But, some of the food at Koto was top notch (fried rice, shrimp and steak) and the price, especially for a family with kids, was hard to beat. For children, the Hibachi chicken was a great value at $7, which will get your children a salad, noodles (or fried rice), a shrimp (yes, a single shrimp) and more chicken than many adults can handle. Also, there are opportunities out there to knock down the overall price a little. In addition to the discounted gift certificate there are also Grand Opening specials floating out there that will give you 15% off plus another $5 off if your bill is $50 or more. But, perhaps best of all, the cook will have your kids entranced for half an hour. How can you put a price on that? 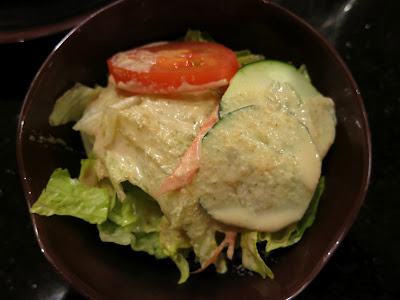