Last weekend we went to Half Moon Bay to meet Jenny's brother and his family. Afterwards, we went to the Half Moon Bay Brewing Company. Though we got there a bit before six, the restaurant was packed and their parking lot full. Be sure to make a reservation, even if on a Sunday night. 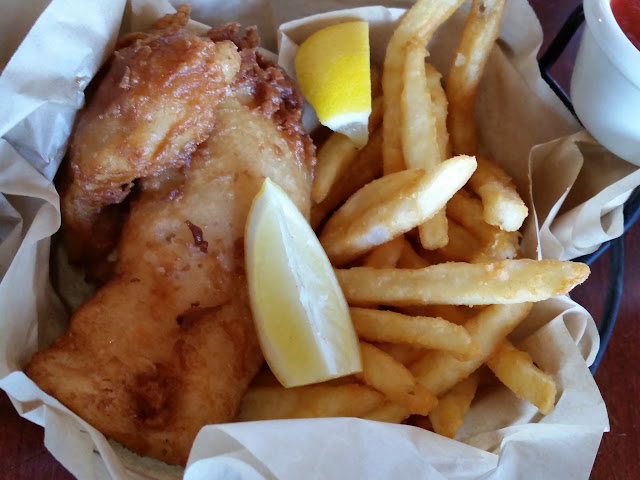 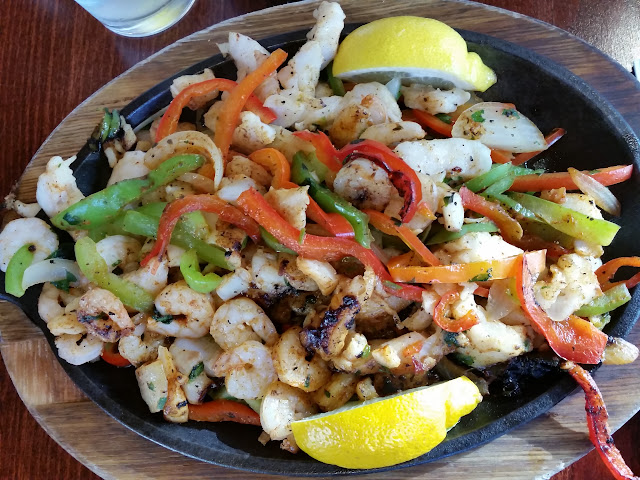 Jenny had the seafood fajitas, which came loaded with shrimp and fish--far more than needed to fill the tortillas. 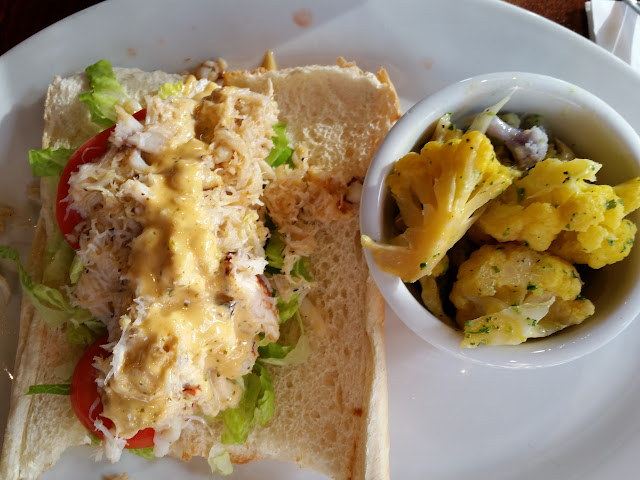 I had the Dungeness crab roll. There was plenty of delicious crab and the bread super-soft. I'm just not used to paying $22 for a sandwich. 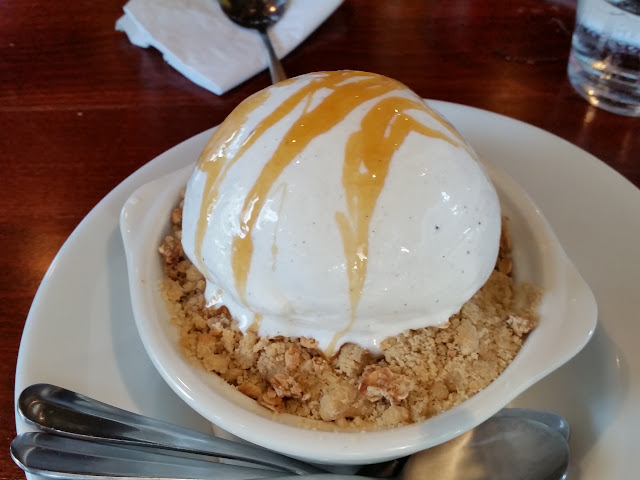 About a month earlier, we ate a delicious brunch at Flavor. Half Moon Bay Brewing Company serves up equally good food and is a little noisier but perhaps a bit more cheerful, too. You won't go wrong with either restaurant.