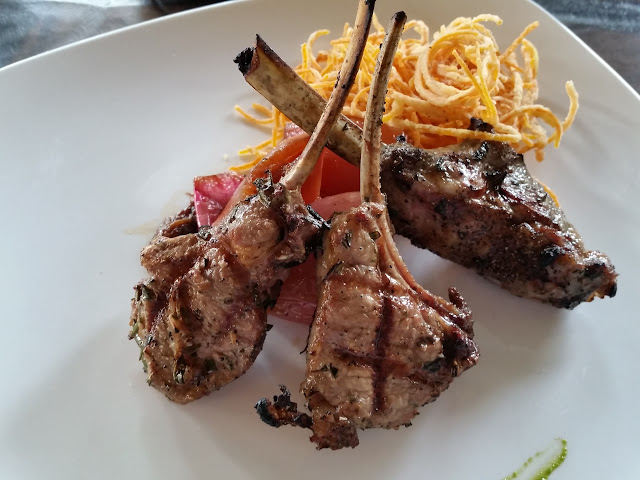 A visit from the grandparents permitted Jenny and me to escape to dinner at Turn Monday night. The best came first with the grilled baby lamb chops, ordered as an appetizer. It was rare, but juicy and tender. I was shameless about holding the bone and ripping off every last morsel. Things got disappointing from that point onward, however. 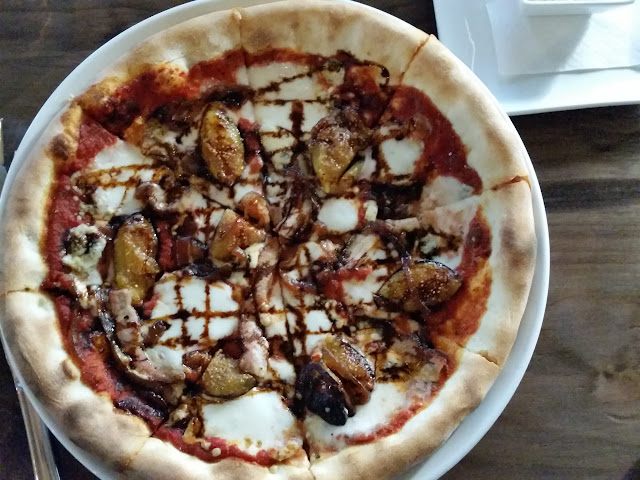 I got the pork belly pizza, partly because I wanted to try for a value play (at $16, it was one of the cheapest items on the menu) and I love eating pork. The problem was, there were at most four or five small strips of pork in the whole pizza. I mean, look at the photo, how much pork do you see? The pizza tasted fine, but it was dominated by the figs (which themselves were on the watery side). 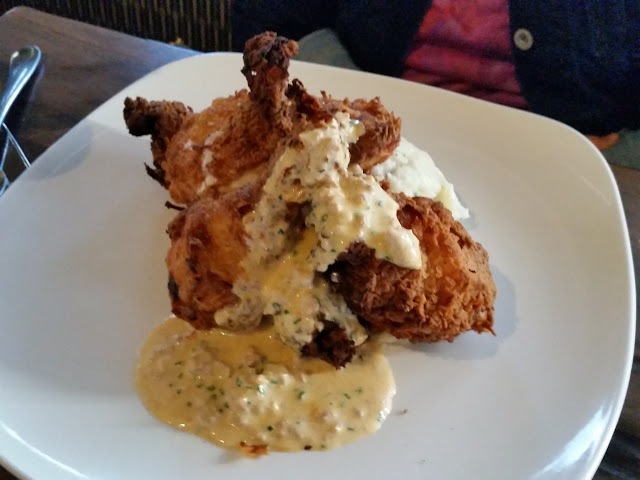 And, the fried chicken Jenny ordered? It was OK, I guess. I just don't understand the $22 price tag. Not at all. I had some of the dark meat and it was tender and juicy, but then a fried drumstick is a slam dunk. 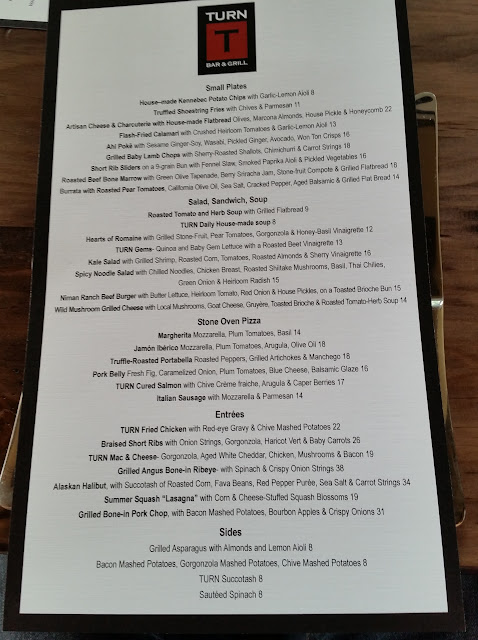 Despite the mediocrity of the entrees--entrees I'll never experience again because I'm not going back--one highlight was our server, Mahran. He tended to practically every need and always wore a bright smile. If you get him tending your table, consider yourself fortunate.