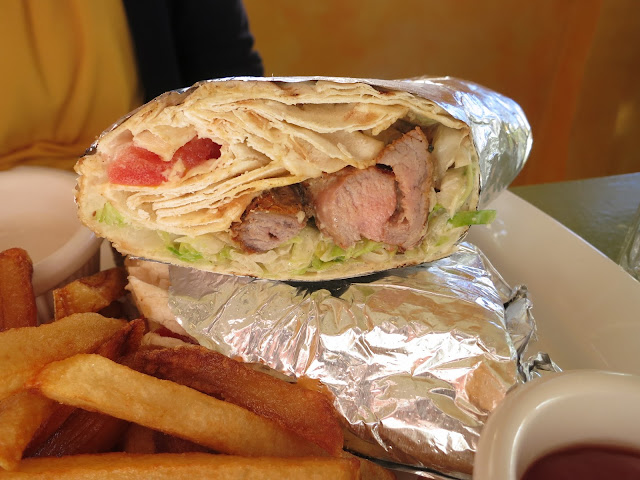 With the kids taken to Sweet Tomatoes for dinner by their grandparents, Jenny and I ate at Village Kebab earlier tonight.

I had the chicken shawarma plate. While the quantity per dollar wasn't as great as at, say, Dish-N-Dash (it was $15 at Village Kebab), I enjoyed the entree a lot. The rice was sticky (don't know if this was intentional) and went well with the chicken. I also liked the accompanying chili oil, which packed a hot punch.


Jenny was less than thrilled with her lamb kebab wrap. She thought it lacked meat and the fries that came with it, though hot, were far more greasy than they were crisp. I have to agree with her on that.

We also got a falafel plate, which was filling. The outside was very crisp and the inside bread soft. It went well with the tahini sauce. 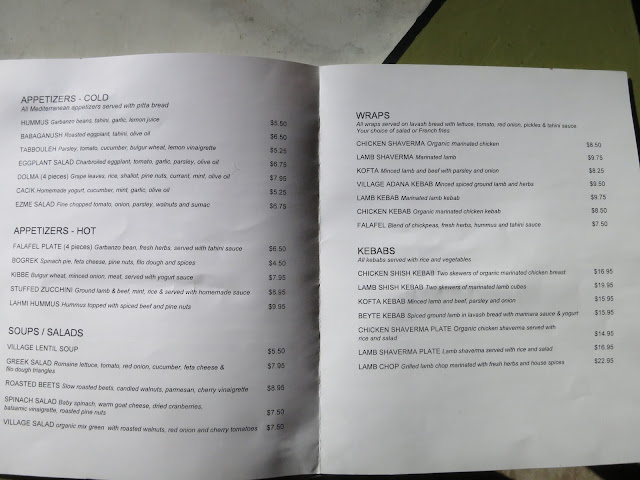 I felt bad that business there was slow tonight. The service was friendly. The restaurant had outside seating and there were three or four tables occupied on the sidewalk, but the inside of the restaurant was empty except for us. 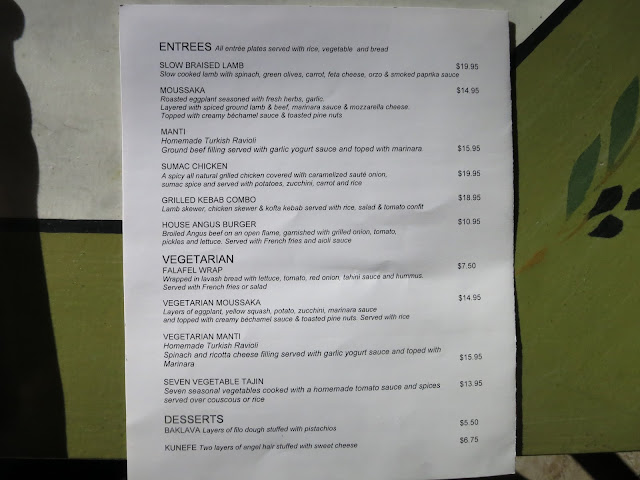