Tonight we shared a pack of steamed pork buns we picked up at a sample station at Costco. 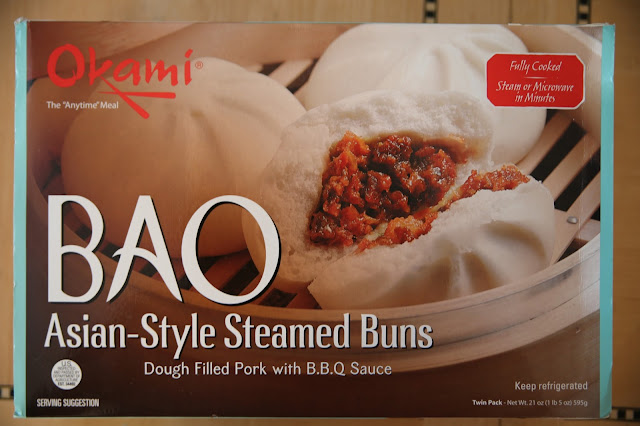 I don't usually buy a product after trying a sample, but this one captured me and the boys at first bite. We were taken by how soft and fluffy the bun was. 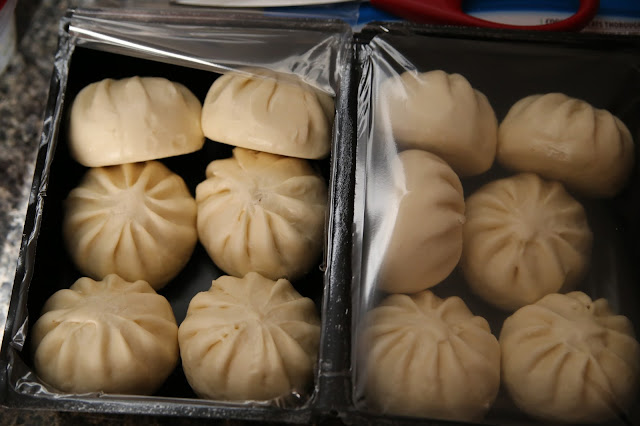 The buns are easy to prepare. We just wrapped four bao's in a wet paper towel and nuked them for 90 seconds. 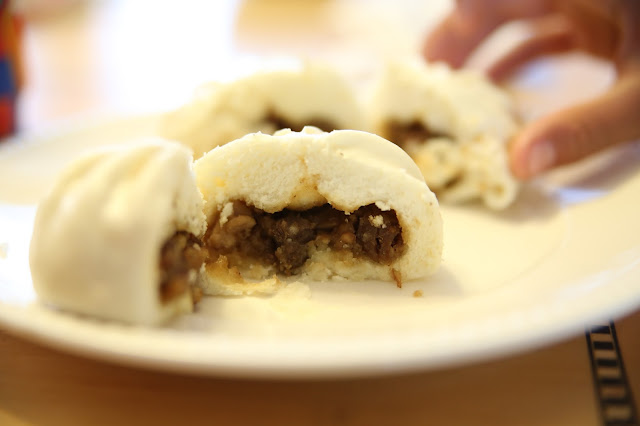 They were just as good as at the sample table at Costco, though Jenny thought the buns a tad salty. Also at the sample station there was sushi, including shrimp and California rolls by Okami. They were good considering they came from a box, but you could tell they weren't made fresh that day in a restaurant. Those, bao's, though? I would have believed it. As a straight value proposition, though, consider the pork buns from 99Ranch, who sell for the same price ($4 for six), but offer buns that are larger. 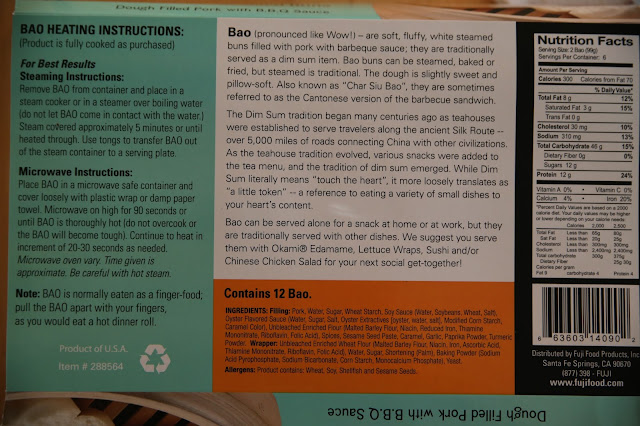