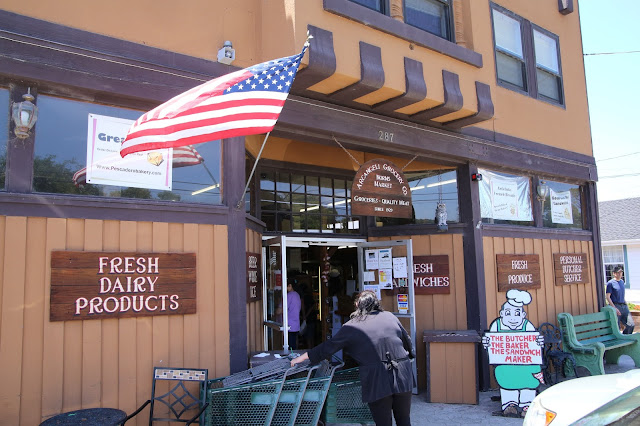 With it being so hot on the 4th, we headed for the coast and passed through Stage Rd. in Pescadero, CA, not far from Hwy. 1. There, we stopped by Arcangeli Grocery to pick up a loaf of their famous artichoke garlic herb bread. 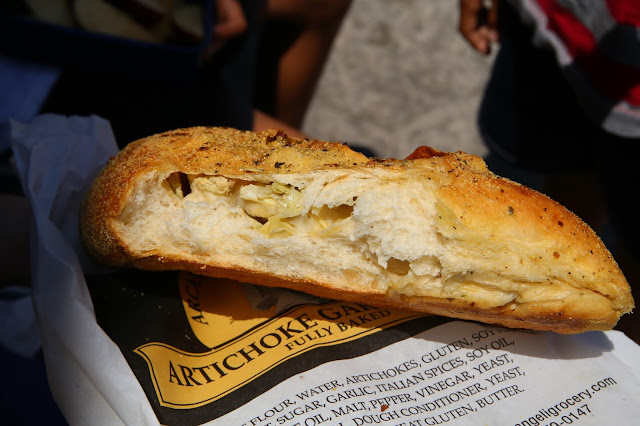 We checked twice during the day and found the loaves in stock were always hot, as though they were flying from the oven to the shelves (and quickly into shopping baskets). Weighing in at a hefty 18 ounces, the super-soft (and a bit oily) bread featured baked-in artichokes. The flavor was irresistible; we ended up buying three loaves. It's two days later and I can say the bread is still soft! 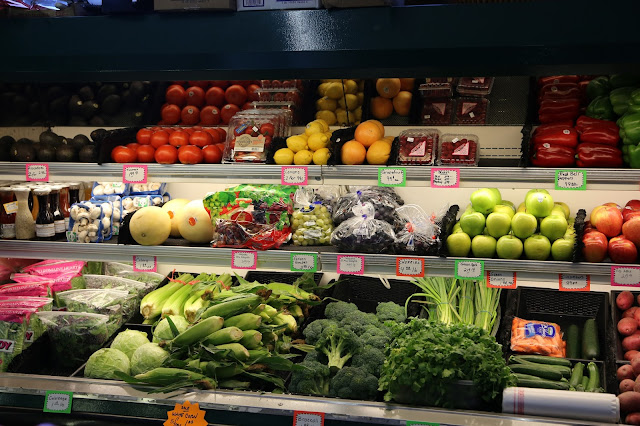 The store also has a butcher department in the back as well as fresh produce. Their preserves took up a disproportionate amount of the store and some intriguing flavors were offered. How does fig and ginger sound? 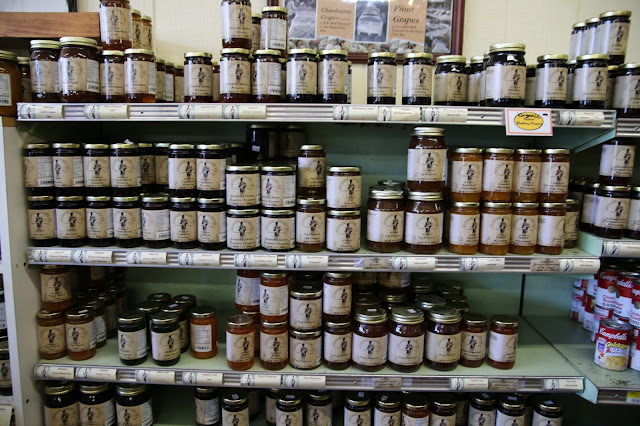 There can be no doubt, though, that the artichoke bread is the main attraction here and justly so. That said, I also appreciate their doors were open on the Fourth. 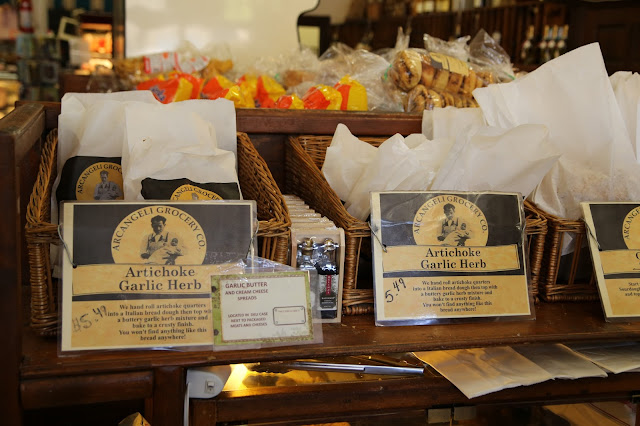