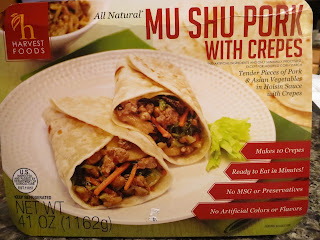 When I saw the package at Costco, it looked so promising. For a family of four always in a rush, I thought the mu shu pork with crepes from Harvest Foods could be a delicious time saver. At least that's what the box led me to believe.

Instead, it turned out to be a gloppy concoction that had me apologizing to my family over and over again for bringing it home. Not to be harsh, but I strongly suspect the people who developed this recipe never had mu shu pork in their lives. Who ever heard of mu shu pork with a thick slimy gravy? Gross. To make matters worse, it was so spicy the kids couldn't tolerate it. (Please note: Mu shu pork shouldn't be spicy. At all.) 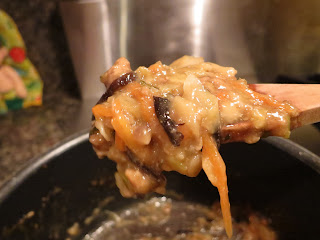 This meal did have one saving grace, though. The crepes, which were heated in a frying pan one at a time, were enjoyed by everyone. I liked that it was hot and chewy. Because the boys couldn't eat the spicy filling, we filled their crepes with deli ham. They loved the crepes so much, in fact, they even ate them plain. 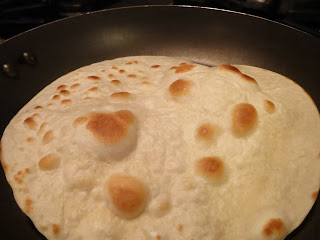