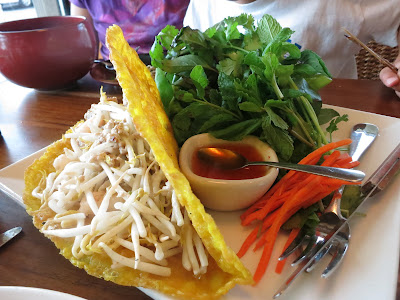 For all the praise it received on the internet and the waiting crowds extending from the front door into the parking lot, Star Noodle didn't live up to the hype when we ate there for lunch last month.

The garlic noodles we got for the kids were greasy, soft and unspectacular. 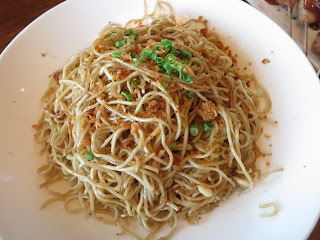 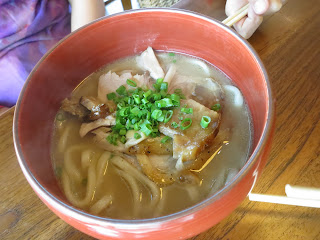 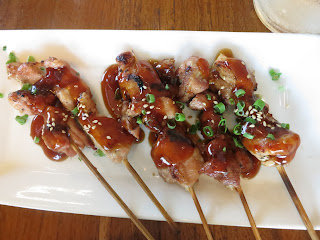 Our experience did have its positives, though. The Vietnamese crepe was both intriguing and scrumptious. Though presented in a fried shell, the real "shells" were the lettuce leaves, which were used as wraps. The hard shell would be broken up and thrown into the wraps for crunchiness. The pork and shrimp filling was simply delicious. Tyler couldn't get enough of the shrimp and Dylan couldn't keep his hands off the fried shell. 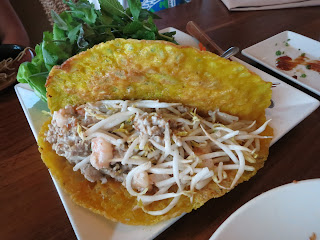 Also very welcome was the Bikini Blonde beer, which was super-light and refreshing. Although neither of is hardly a beer connoisseur, Jenny and I both enjoyed it. 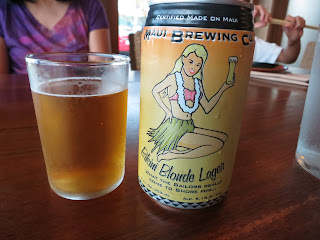 If you're about to eat during the teeth of the dinner rush hour, I'd advise against Star Noodle. It won't be worth the wait. (And, despite going over $50 for the four of us, I was still hungry afterwards.) The previous night, a Tuesday night, we arrived at 7:00 and were told it would be 40 minutes. If you do find yourself at the table at Star Noodle browsing through the menu, avoid the common stuff like udon. The best restaurants can turn an ordinary dish into something spectacular. Star Noodle isn't one of those. Instead, order items you don't find that often elsewhere. 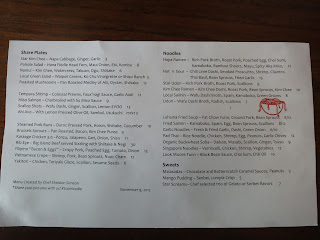