My wife recently made red bean buns using the recipe found at wildwildwhisk.com . It was unusual in that this recipe did not call for an egg in the dough, but it still came out well! The dough in the photos below was made from scratch. We got the red bean paste from 99Ranch. 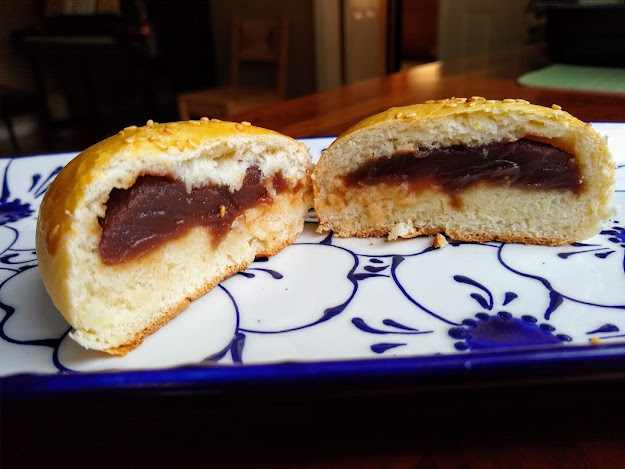 We let the dough rise first before filling the dough with red bean. To do this, Jenny left the ball of dough outside in a bowl in the summer heat with a towel on top. 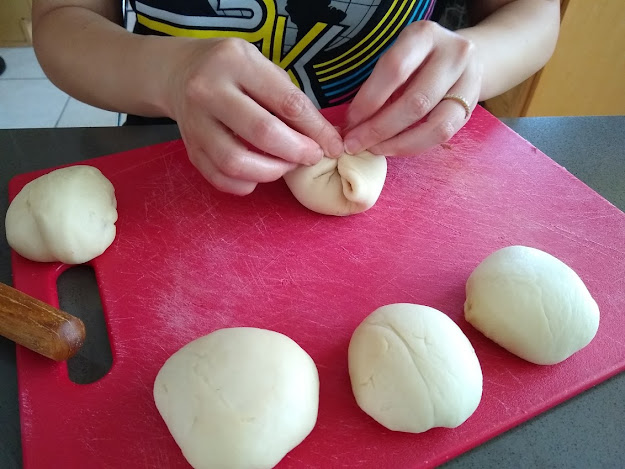 Jenny let the dough rise a second time after making the buns (below) before putting them in the toaster oven at 400F. 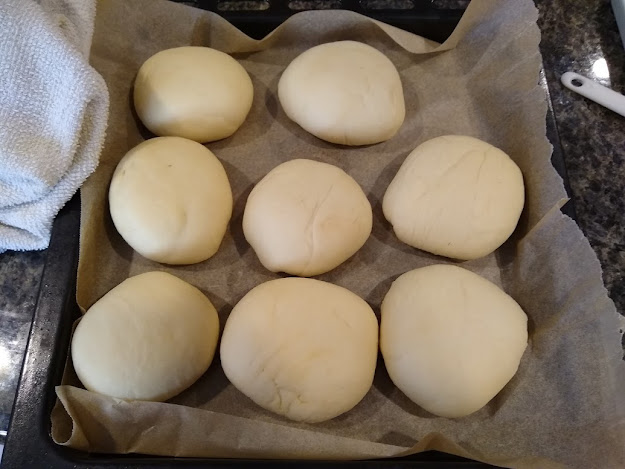 Jenny finished with some egg wash to give the buns some color and a thin, crisp shell. 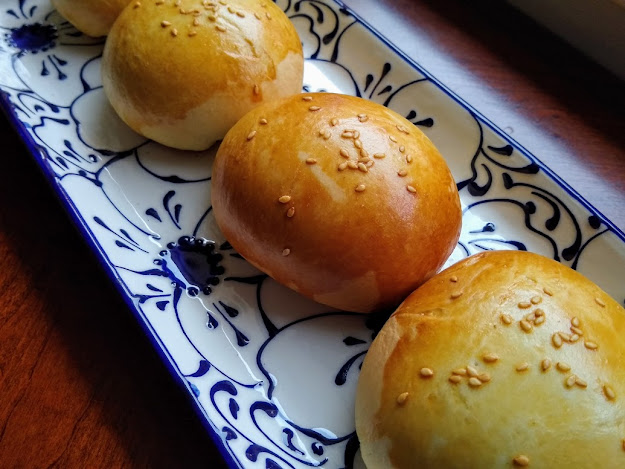