For me, it wouldn't be Father's Day without an eat-till-you-drop buffet and Cafe Florian, at the Crowne Plaza in Foster City, didn't disappoint.

Though I tried to get my money’s worth from the crab and prime rib (both were fine), my favorite of the day was the Kobe beef sliders with bacon tomato jam. The sweetness of the jam countered the savory cheese and beef perfectly. I normally don’t eat bread at a buffet, but I had three sliders.

The pork ribs, if anything, were slightly overdone but the delicious sauce and sweet potato fries made up for it. In fact, I probably would have been very happy just treating this as an all-the-ribs-you-can eat pork fest. (Whatever happened to those?)

One nice treat about Florian that I haven't yet found at any other Sunday brunch buffet was an ice cream freezer. The kids raided it for popsicles and ice cream sandwiches and, for them, it was the difference between a good buffet and a When-can-we-come-here-again? buffet. If you're not into frozen desserts, they still have you covered--the selection of baked treats is positively immense. 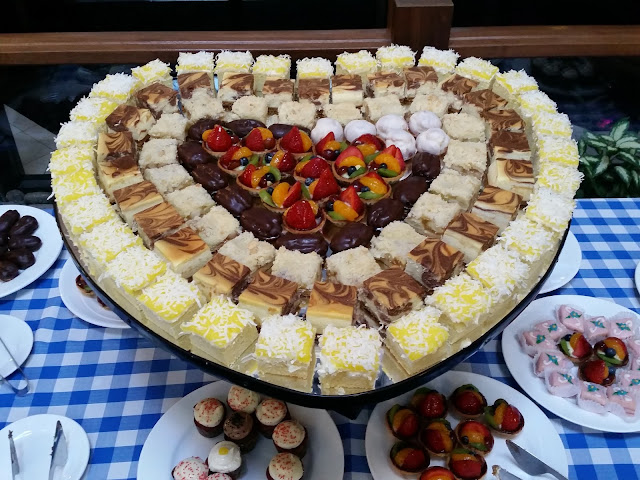 On that note, one item normally found at a traditional Sunday brunch but wasn't here is eggs Benedict. This dish isn't make-or-break for me, but I've come to expect it with brunch.


The lines were at their longest at around 11:00 and at that point Florian struggled to keep up with the demand on crab. The crowd thinned out a lot by noon. A mandatory tip of 18% was added to the check for the buffet. The service was very attentive and worthy of this minimum. 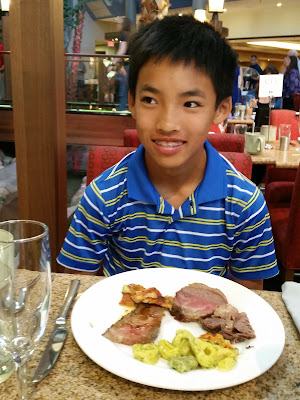