It's an idea so simple and appealing it should have been put into practice long ago: Take a sheet of seaweed and make a sushi burrito out of it! I remember as a grad student in the 1990s making sushi and, being too lazy to cut it up after it was rolled, would eat them as if chewing on a cigar. With a burrito having a much larger diameter, though, one can pack a wider variety of items which can offer an experience not commonly associated with sushi.


Such was the case with the Geisha's Kiss (above, featuring tuna, cucumber, ginger guacamole and piquillo peppers), which offered a mouthful of different flavors all at once. The corn in the Satori (below) gave this burrito some crunch and I thought it was a nice touch. 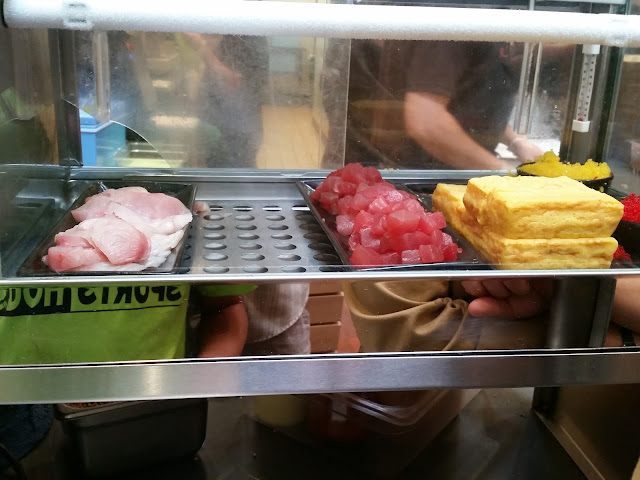 My favorite, though, the sumo crunch, was the most decadent of the three. How can one go wrong, after all, with a mix of shrimp tempura, crab and those delightful, crunchy tempura flakes on the outer shell of the burrito?

All that said, these scrumptious delights don't come at a burrito price, understandably ($36 for the three). Also, be prepared to stand in a line that goes out into the sidewalk. For a lunch on the weekend, plan on waiting half an hour from the time you enter the line to when you receive your goods. 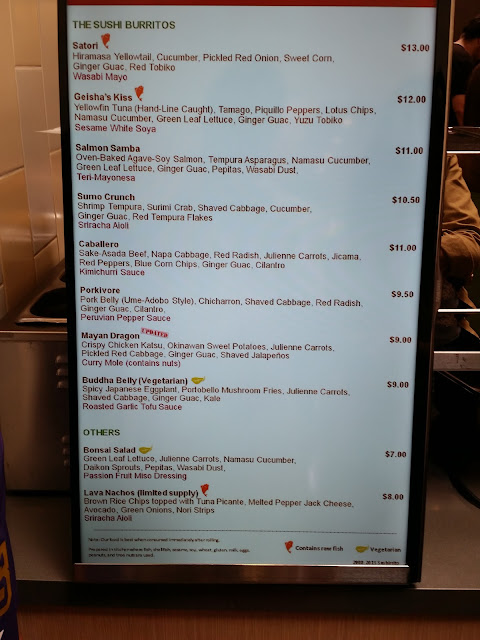 www.sushiritto.com
Posted by Loren at 6:14 PM