Upon the recommendation of a friend I went to this conveyor belt sushi restaurant on the 8th floor of the Seibu department store in Shibuya. I have to say it was one of the most pleasurable dining experiences in memory. If I weren't so strapped for time and it wasn't across town from where I was staying in Tokyo, I certainly would have gone again.


I understand that among food snobs and the dining elite that conveyor belt sushi is often frowned upon--that it's seen as a notch below the stuff prepared specifically for you. However, compared to other sit down sushi restaurants I went to on this trip I can say this one definitely holds its own in quality.


The fattiest grade toro, a mere 500 yen per dish, melted and swished in the mouth like a thick cream. They nailed the simple stuff, too, like tuna and salmon. Those dishes were cool, refreshing and fell apart cleanly. It's not a fair comparison, but here in the Bay Area I'm used to the sushi having a touch of sourness--there was none of that at Katsu!

Having traveled for more than eleven hours that morning, cost wasn't a factor for me. I would have paid a lot for good food. (Besides, I ate here on an expense account.) However, that all of this wonderful food was so inexpensive was a bonus. By the time it was all said and done, I had twelve dishes, including the toro (and all the tea I could drink) for less than $20.


Just like in the states, different types of plates indicate the price (the gold and maroon plate is the cheapest; the gold, black and white checkerboard is 500 yen). You can grab what you want from the conveyor belt as it passes by. Or, you can do what I did and jot down what you want from the menu (enough of it is in English to get by) and hand it to a waiter. I was fortunate enough to be seated in front of a chef (and I could watch fish go from being whole to being sliced up for serving). So, the chef handed me the dishes I ordered.


So, yes, the food here is twice as good for about half the price compared to anything I found in California. And, I'm not alone in thinking the value was amazing. I got to the restaurant at about 5:00 on a weekday, but still needed to wait half an hour. Their system for waiting is logical but not something you see often in the States. You don't submit your name. Instead, you sit down in a line of chairs. As people at the front of the line are called in, you scoot over kind of like, well, a conveyor belt. Since you're not supposed to save seats, your entire party has to be there the whole time you're waiting. 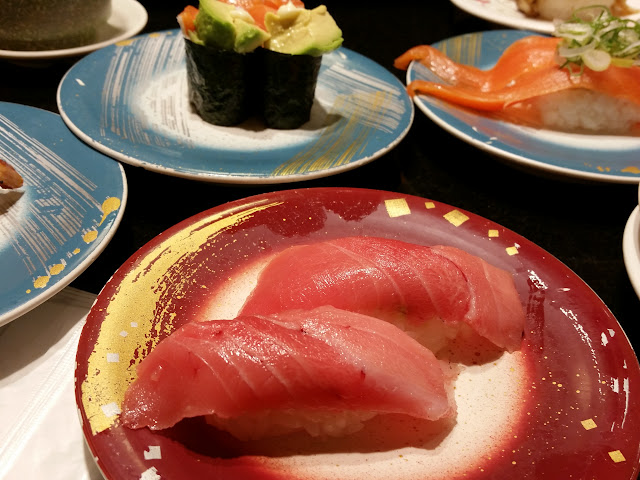 For me, the only downside about this restaurant was getting there. It was my first day in Tokyo in more than 15 years. Don't be intimidated, though. Take the JR Line train to the Shibuya station. Look out for department store with the "Seibu" sign on the side of the building. That's the department store you're looking for. Go to the 8th floor and you'll see a food court; there's just one conveyor belt sushi restaurant. Have fun! 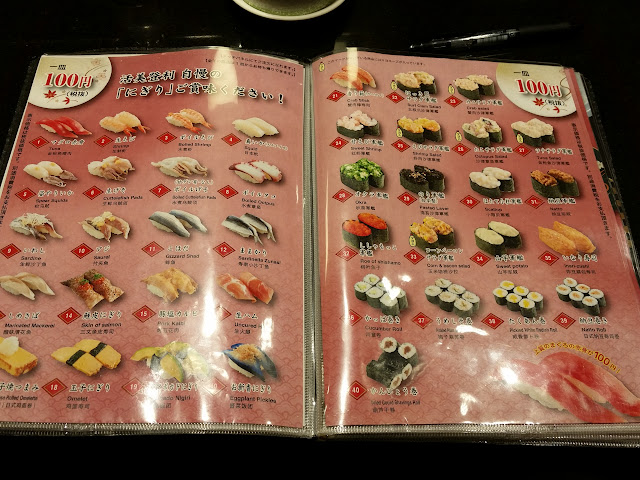 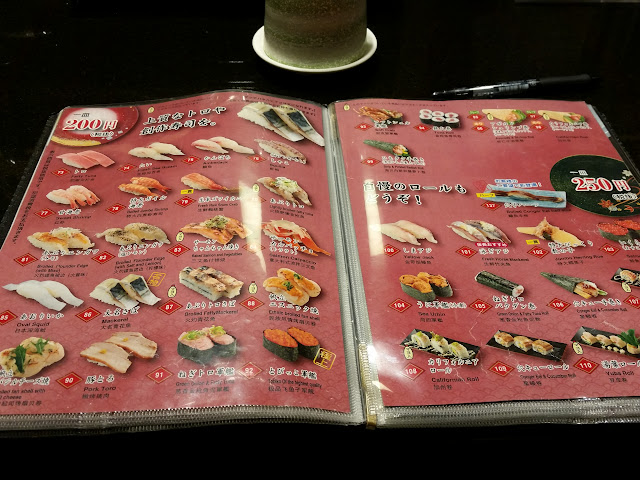