I ate lunch with Jenny today at Ryowa, one of her favorite local spots for ramen. We got there at 1:20 and still had to wait for a table. Get there at 1:40, though, and you can show up with a van-load of people and be seated right away. Most of the seating is at a winding counter that S-curves its way through the restaurant.

We got the "R1" or Ryowa with three potstickers and a bowl of rice. The Ryowa itself features ramen, pork and egg in a sesame paste soup. Be aware the soup is spicy, but nothing a seasoned palate can't take. At $9.50, the R1 is only 50 cents more than the Ryowa on its own (meaning the extra four bits buys you 3 dumplings and more rice than you could possibly need), making the R1, as far as I could tell, the most popular item in the house. The dumplings were adequate, but nothing special--a bit soft and luke warm. The main event is the noodle soup and that egg--just on the firm side of runny--was spot on. 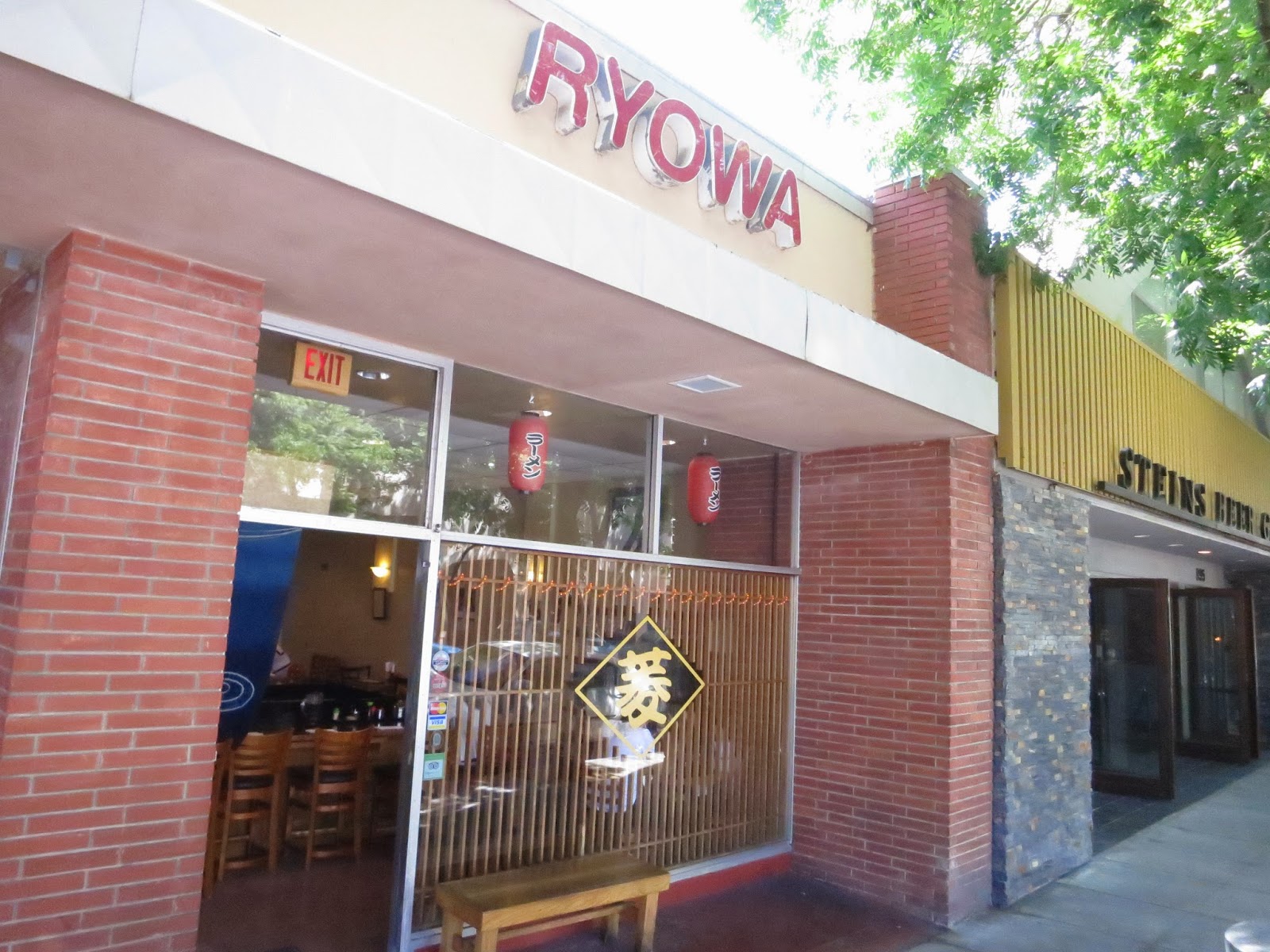 Neither Jenny nor I could really figure out what the bowl of rice was intended to go with. In any case, I dumped it into what was left of the soup at the end of lunch--it made a great filler. By the way, I'd never been served room-temperature tea before today. When coupled with the hot soup, though, it really worked! I thought it odd they served tea at room temperature, but actually I wouldn't have wanted it any other way.
Posted by Loren at 8:29 PM