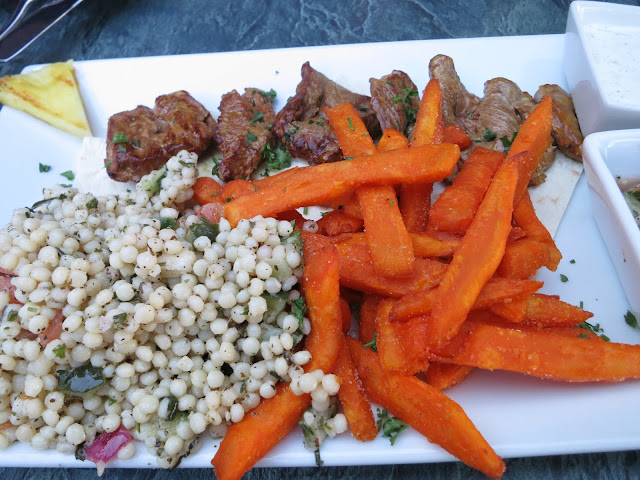 Taking advantage of a parent's night out, Jenny and I had dinner at the Pineapple Grill in Los Altos. Taking the "when in Rome" attitude, I had the sirloin pineapple. It's relationship to the fruit, though, wasn't very clear other than the pineapple slice on my dish. It was a little overdone even though I ordered it medium rare. Also, the quantity was small, especially compared to Jenny's lamb chops. The chops, by the way, were underdone. Still, they were delicious. 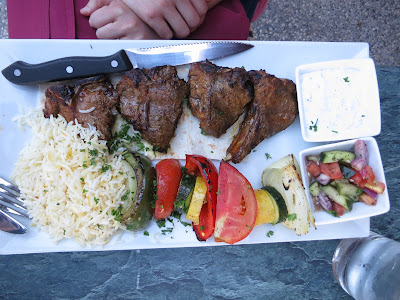 The sweet potato fries were the best of all of our sides. Entrees normally come with one side but another can be added for a dollar--a bargain.

Jenny felt the crab cakes were a little salty. I thought it was done just right. They were big, meaty and I enjoyed the creamy dipping sauce. 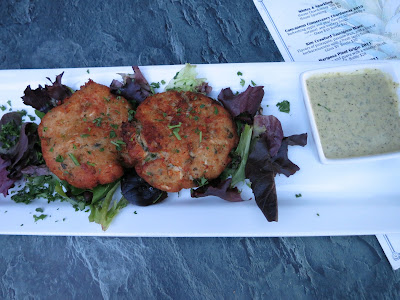 We got a free dessert (apple pie with cherry sauce) because the waitress forgot what we ordered and wanted to make amends. My wife thought the sauce a little tart for an apple pie and told me she could have done without it. Still, the crumb crust was terrific. 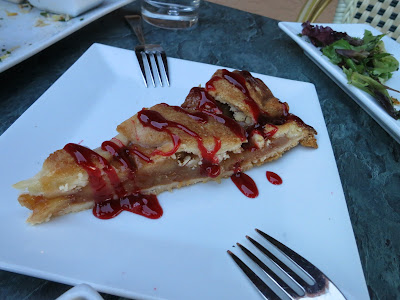 It was about 25 years ago, give or take, that I noticed wait staff started taking our orders without writing them down. Unfortunately, the practice has been alive ever since. Though I understand the intent, executing orders from memory always makes me nervous. I would say at least half the time, the staff doesn't get it quite right. Such was the case last Friday. My plea with anyone taking my order: Please write it down. I know you still care about us. 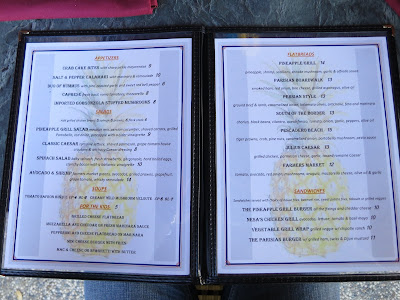 All said, though, I'd love to come back. I'm usually not a patio guy, but it was very pleasant eating outside on a warm evening. The restaurant is a lot bigger than it looks and you'll have plenty of room, even on a Friday night. So, drop on by. 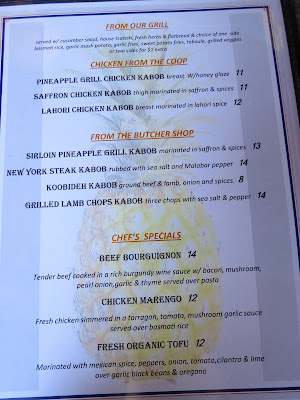 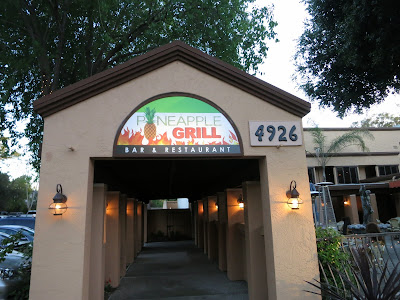