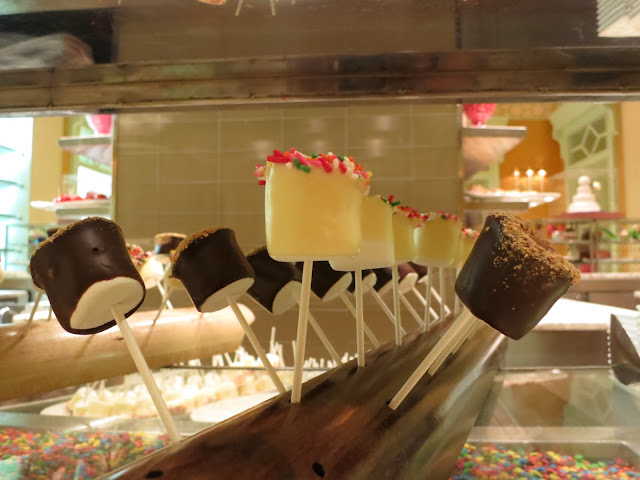 Our next buffet during our trip to Las Vegas, and last as it turned out, was at The Buffet at Wynn Las Vegas. To avoid lines, we got there at around 9:30. The problem, we quickly found, was that arriving for breakfast at The Buffet entitled us to traditional breakfast items only. 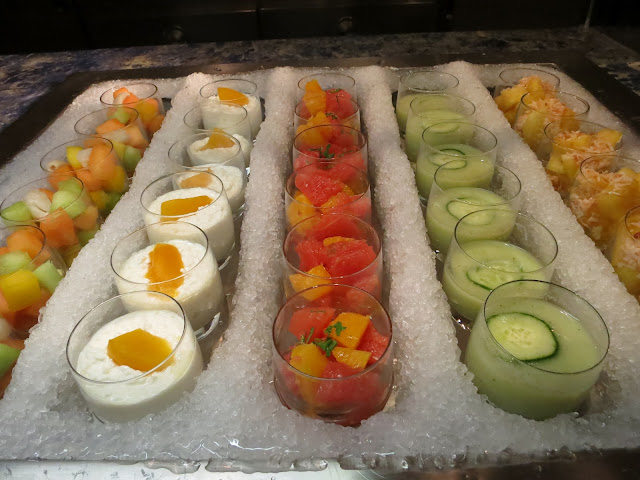 The knock-out variety we saw earlier at Wicked Spoon made this buffet look sparse. As good as they were, there were only so many different kinds of pancakes, waffles and eggs we could really stomach. And, the variety of meat, which included sausages that were salty even for sausages, was a subset of that at the Wicked Spoon. 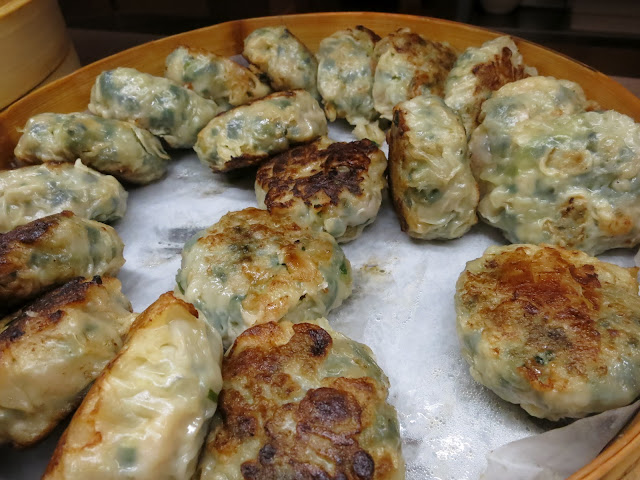 Despite there being a steady stream of orange juice served at our table, service was also an area for improvement. The restaurant was never full, but there was a line (perhaps ten to fifteen parties?) because customers couldn't be seated quickly enough by the staff. As for our table, the server routinely left several plates pile up. However, his intention was good. It's just that he was given too much to watch over. He volunteered to help Dylan with his candied apple by cutting it up into smaller pieces. On a similar note, they really should have had milk next to the cereal--what buffet doesn't? So, the kids ended up waiting ten minutes--a lifetime to a seven year old--for milk to arrive for their cereal. 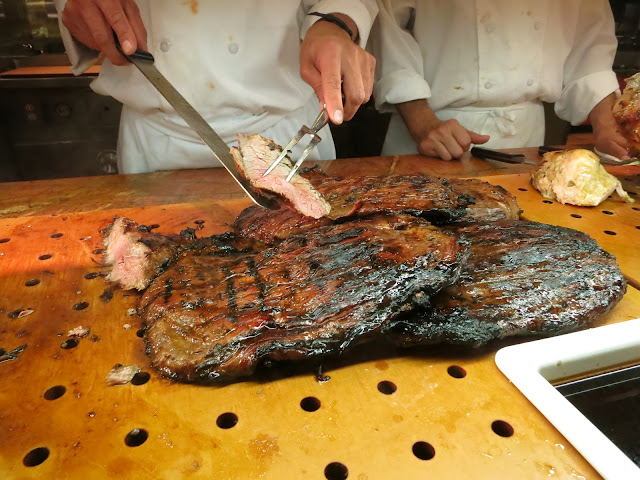 The Buffet did do many things right, though. Jenny and I both enjoyed the cucumber honeydew gazpacho, for example. The shrimp leek cake also merited multiple trips. Dylan enjoyed and finished the pork bun--something he doesn't always do. The desserts were also a hit. Dylan liked the chocolate-covered marshmallow (pictured at the top of this entry). For the kids, the aforementioned candied apple was more a treat for the eyes than the mouth. By sheer mass, the dessert was much more apple than candy. However, I enjoyed it and thought the sweetness of the coating to complement well the tartness of the apple. The gelato was great, though there were only four flavors available. 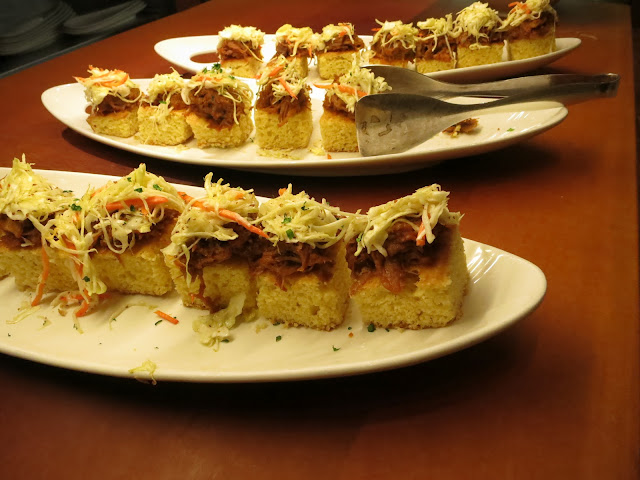 Lunch was served at about 11:00, just when I'd finished my 3rd helping of dessert. I had to go for it, even though I was bursting at the seams. The new dishes also excited Tyler, who had three servings of pasta with Alfredo sauce. I went at the flank steak, which was terrific with its citrus marinade. Jenny and I also shared a quarter of a game hen. Items I wanted but just didn't have the tank for were the pulled pork slaw and carnitas in a tortilla bowl. You know I've reached my limit if I had to pass those up! 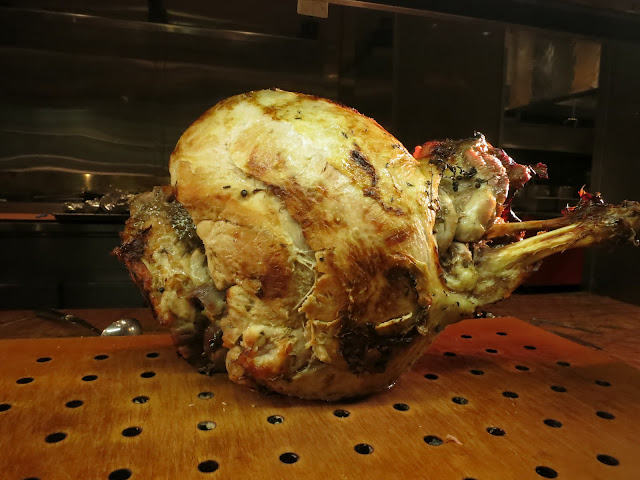 There are so many buffets available on the Strip that it's hard for me to recommend that you seek out The Buffet at Wynn Las Vegas. That said, if you happen to be nearby and drop by The Buffet, try getting there at 10:30 or so. The lines will probably be reasonable and you'll have to wait only about half an hour to get dibs on lunch. If you get there after the cut-off, it's still worth the extra $4 charged for lunch, which is miles ahead in terms of quality compared to breakfast. 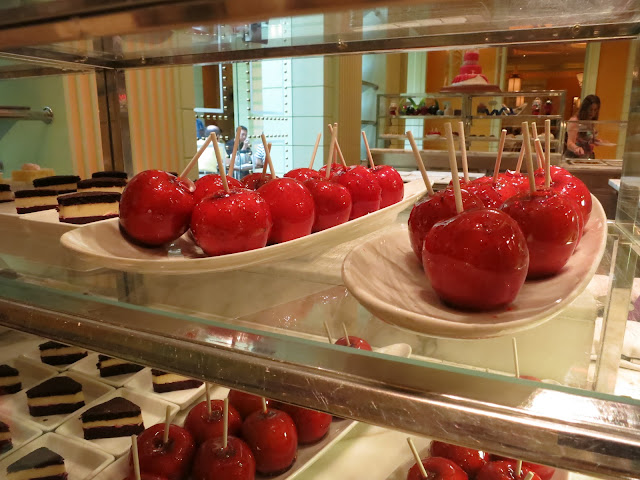 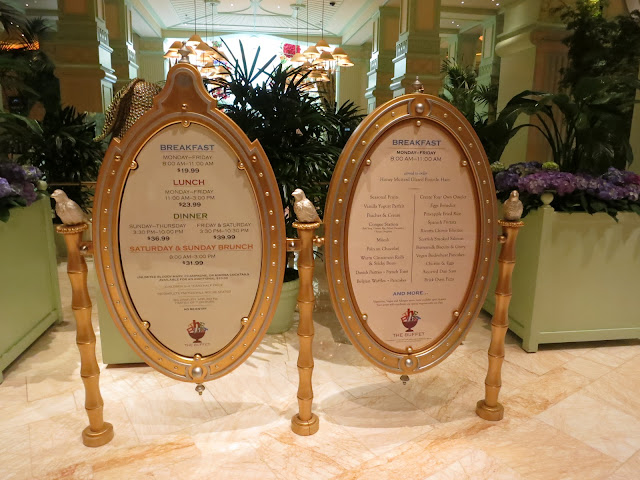