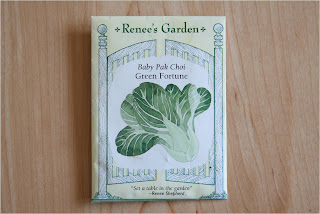 Two houses and several years ago, Jenny bought some baby bok choy seeds. The seeds had long since expired as of last September, when Jenny resurrected them. We got some new soil in our backyard and she wanted to give it a try. First, though, Jenny put some seeds in a plastic cup. On a daily basis, she and the boys faithfully sprayed the cup as it sat in our little greenhouse by the kitchen sink. 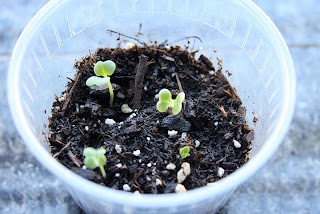 After about a week, much to the amusement of all of us, seedlings began to appear. And, at about six weeks, it was time to kick them out of the nest, so we moved them outside. 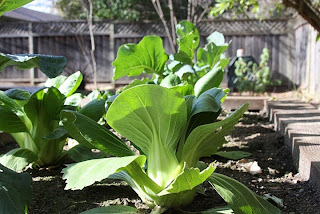 And, at about four months they were ready to eat! After first grabbing the baby bok choy, be aware there's dirt, slugs and other nasties lurking between the stalks. It took us a while to comb through and get rid of everything. 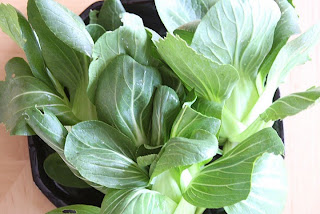 We're blessed to know a woman who can drop by twice a week to prepare dinner for us. We handed the baby bok choy to her, said "Surprise us". She kept things sweet and simple by tossing it into the frying pan with just a bit of garlic. It turned out well! 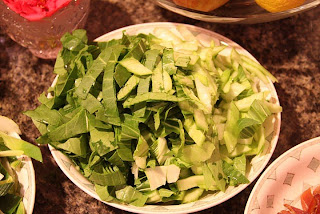 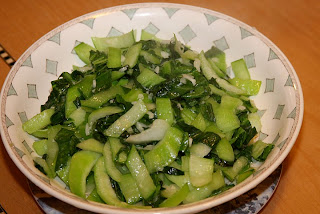 Compared to the baby bok choy one could pick up at, say, 99 Ranch, the homegrown stuff was obviously larger, greener, a touch more crisp and a tad sweeter. 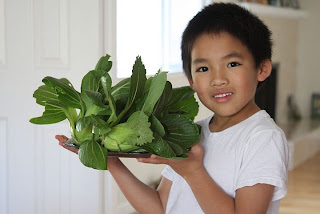