Across any given year, I eat about 25 pounds of dates. I love those sweet little delights and have enjoyed them from Central California, Southern California and the Middle East. However, the dates from Bateel are on entirely different level from anything I've had before.

When I first got the dates from Bateel as a gift, I at first thought they were little sandwiches. And, they are of sorts! Filled with nuts and, in some cases, orange peel, they make an unforgettable concoction. Overall, they're sweet, but the filling adds a personality and texture that's hard to find anywhere else.

For me, the best part of all is that the dates on their own are delicacies. So often, dates have a roughness and hardnes about them at both ends. However, the Bateel dates are soft and tender all over.

At about $2 each in a gift box, these dates have to be the best of the best. And, indeed they are. 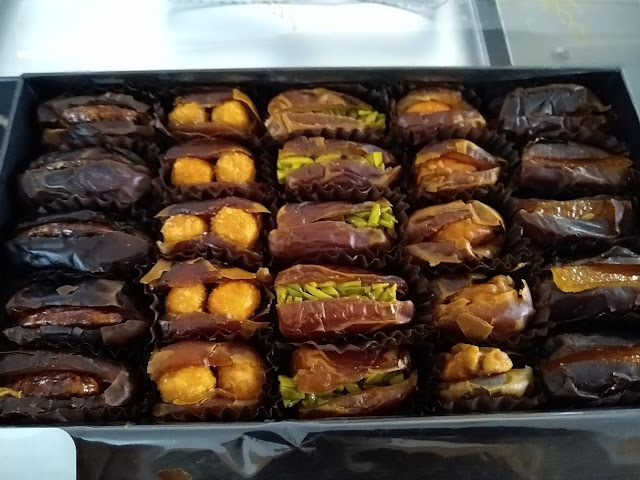