The four of us dropped by Icicle, where you can watch ingredients of your choice get crushed, mixed with cream and, after being spread on a cold plate to freeze, turn into a delicious dessert. The person making your dessert will make it a point that you see your chosen ingredients in its original form before mashing away, be it a strawberry, banana, Oreo, or what have you. 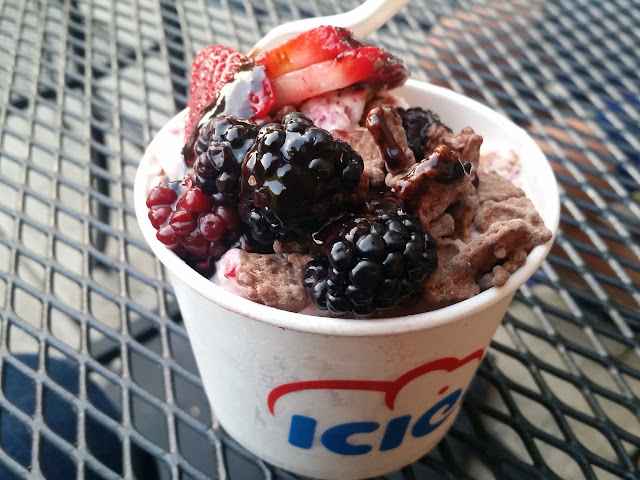 In theory you can get all the toppings you want, but in reality, thre's only so much room in the cup. It gets crowded at four or five toppings. 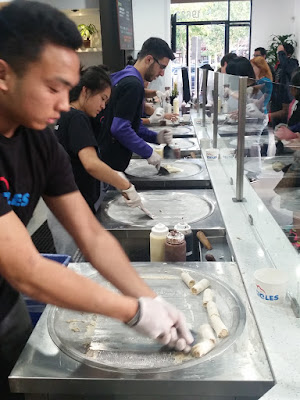 Although the ice cream is served as rolled strips, it all blends together after a short while into one big glob. While we ate, we could hardly believe how wonderful it was. However, after coming home, we were all thirsty for water and tea. I felt as though I'd eaten half a dozen Krispy Kreme donuts. It was super-sweet. I'd had all I could take and that was after sharing mine with Jenny. Make no mistake, this ice cream is rich. 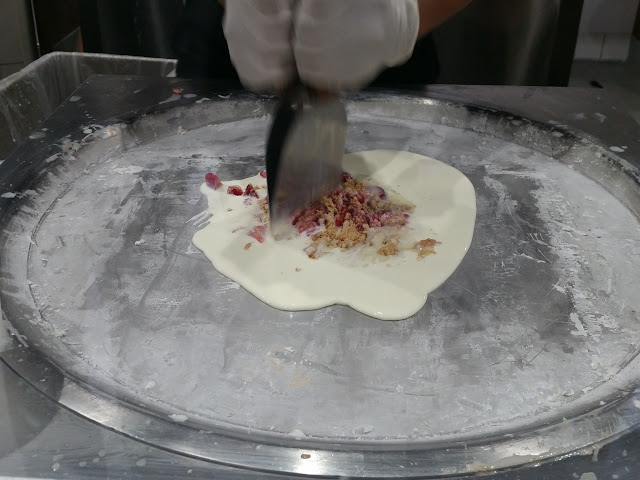 While we were there, we heard one boy say, "Man! Yogurtland is in so much trouble!". That could be, but I don't think it'll be because of Icicle. The desserts are different from each other. What you get from Icicle will inspire awe, something Yogurtland will never do, then afterwards leave you feeling knocked out, which Yogurlan won't do either so long as you take it easy on the gummy worms. 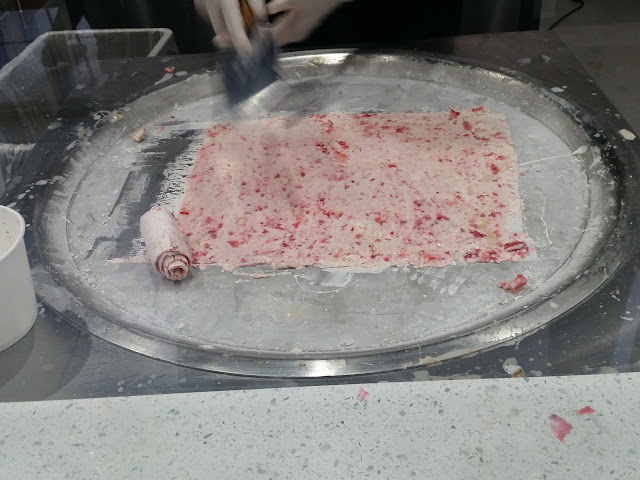