On our way to De Anza College earlier this week I took the boys to Noodles and Company for lunch.  I got the pad thai with shrimp, a dish that was buried under an overabundance of bean sprouts. The pasta and the shrimp were adequate, though they didn't stand out. I wondered why the leaves of the parsley weren't separated from the stem. Was it laziness? Or, was it for appearance? Either way, it was more or less a big branch on the dish that I had to push aside this way and that throughout lunch. 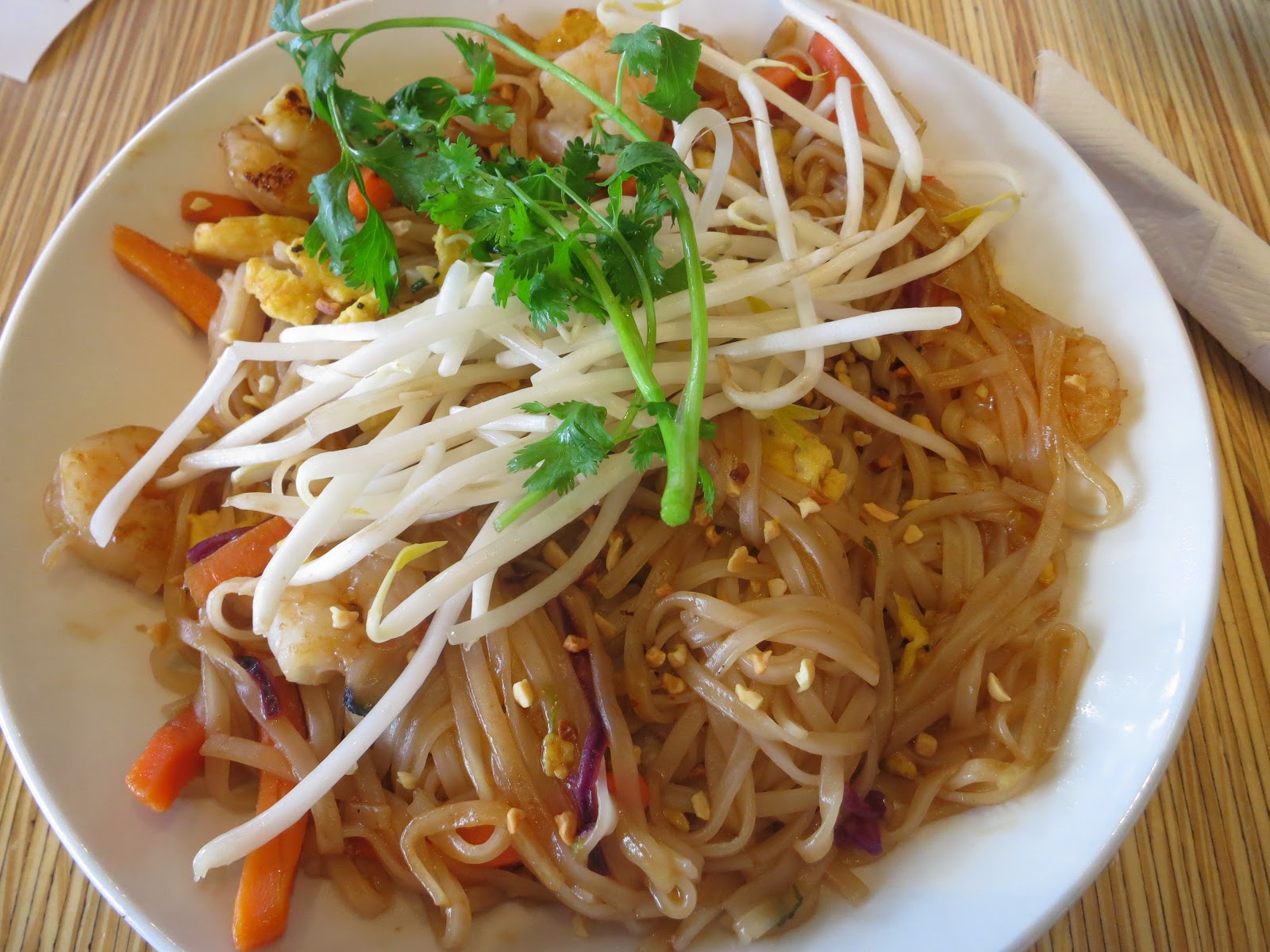 Though the boys liked the pasta itself in their spaghetti dishes (one got a regular, the other got a small), they found the meatballs too salty to finish.
The quality of the food was so-so, but what really caught me was how fast costs add up. The added shrimp, for example, came at an additional $3.34, or nearly 50 cents per shrimp. With tax, the two regular dishes plus the small one came out to more than $26, which is a lot to pay for ordinary food--and we still left hungry. I liked the ambiance at Noodles and Company, though. The restaurant is clean with an abundance of natural light.